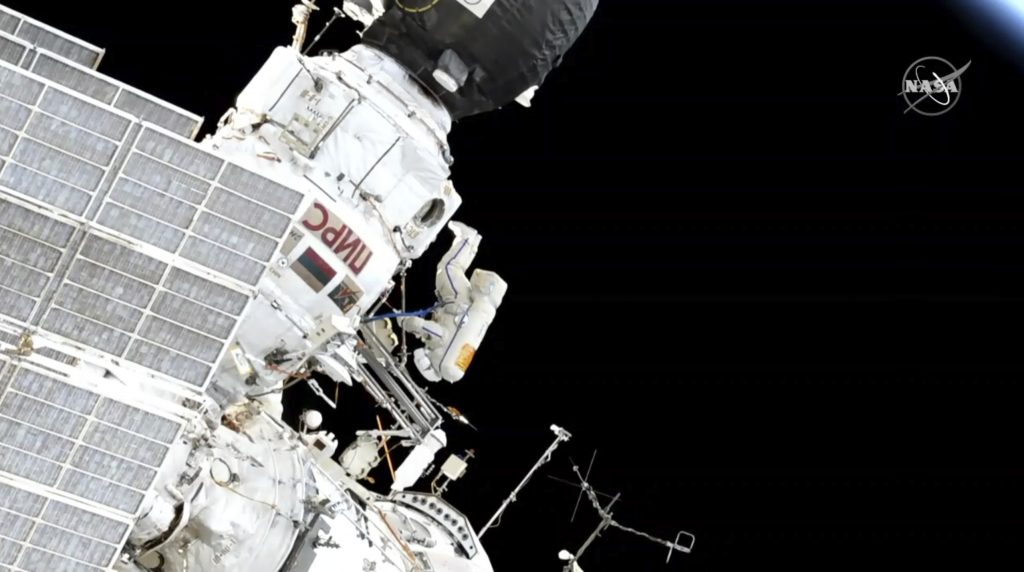 Oleg Kononenko and Alexey Ovchinin worked to retrieve scientific experiments intended to study the impact of space flight that were mounted on the space station’s exterior. They also cleaned one of the space station’s windows and performed other maintenance.

The spacewalk is expected to last 6½ hours. It’s the fifth one for Kononenko and the first one for Ovchinin.

Their crewmates — NASA’s Anne McClain, Nick Hague, Christina Koch and David Saint-Jacques of the Canadian Space Agency — are watching their progress from inside the orbiting outpost.

Kononenko is set to return to Earth with McClain and Saint-Jacques next month following a 6 1/2-month stint in orbit. Ovchinin will replace him as the station’s commander.

For the spacewalk, the two attached stickers to their spacesuits paying tribute to Alexei Leonov, a legendary Russia cosmonaut who became the first human to walk in space on March 18, 1965. Speaking from the open space, they congratulated Leonov on his 85th birthday, which is coming Thursday.