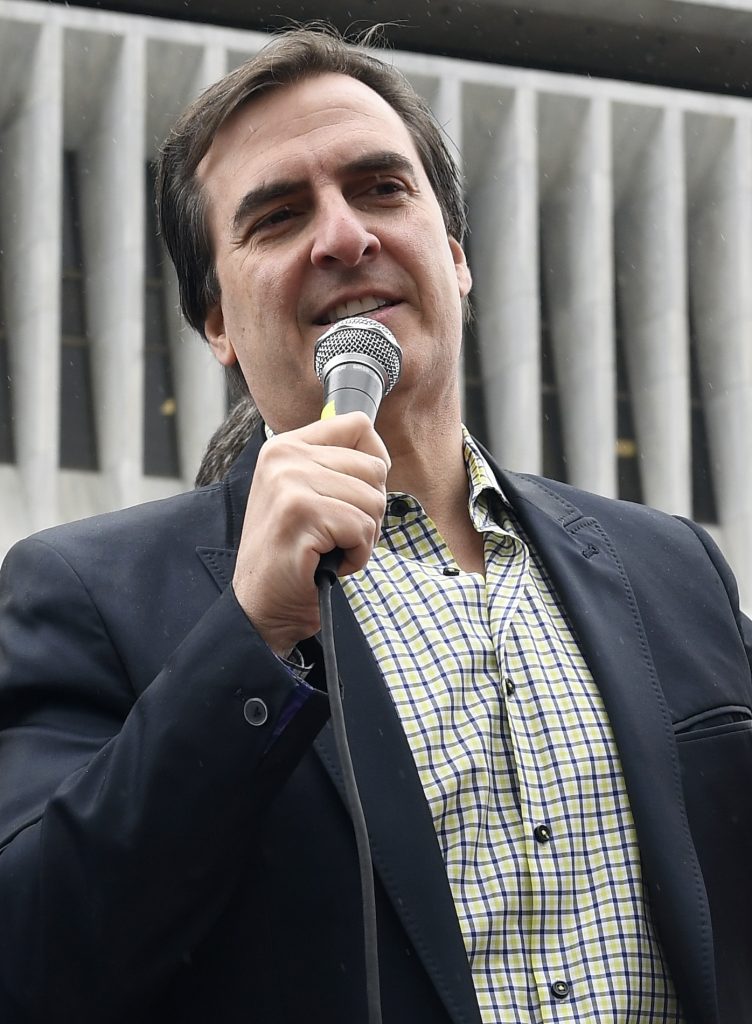 Tenants from around New York state gathered in Albany on Tuesday to push for stronger rental protections to address a shortage of affordable housing — a problem that they say is no longer confined to New York City.

Organizers say more than 2,000 people made the trip on Tuesday, a month before the state laws governing rent control and stabilization rules in New York City and elsewhere are set to expire. Legislation to renew the rules is expected to easily pass before lawmakers adjourn for the year next month.

But the renters and tenant advocates who traveled to the state Capitol on Tuesday want to expand stronger rent protections statewide.

“We have people who have to work three, four jobs just to pay the rent,” said Tamara Stewart, one of several renters who traveled from Westchester County. “It’s not sustainable. I don’t want to think what’s going to happen if we don’t address it.”

A number of local officials came to the Capitol to personally lobby lawmakers about what they said is a growing crisis. And while rental affordability may be a concern in the suburbs and upstate, it’s a particular problem in New York City, where gentrification is increasing costs and transforming formerly working-class and middle-class neighborhoods.

“Are we going to be a city where you need a six or seven-figure salary just to keep a roof over your head?” asked New York City Council Speaker Corey Johnson.

Several bills have been advanced to strengthen the rules, which would make detailed changes intended to protect tenants from sharp rent increases or unscrupulous landlords. Most would impact units subject to rent stabilization rules, which restrict rental increases for eligible units — typically older apartments with long-term tenants.

None of the bills have yet been scheduled for a vote.

Tenant advocates are optimistic this year after Democrats won a majority in the state Senate, putting them in control of the Legislature and governor’s office. But the proposals are likely to run into opposition from landlords and real estate developers.

A phone message left with the Rent Stabilization Association of NYC was not immediately returned Tuesday. The association is a coalition of city landlords and property owners.