General ‘You Will Be Tested’: Rosenstein Quotes Mueller In First Remarks Since Stepping Down 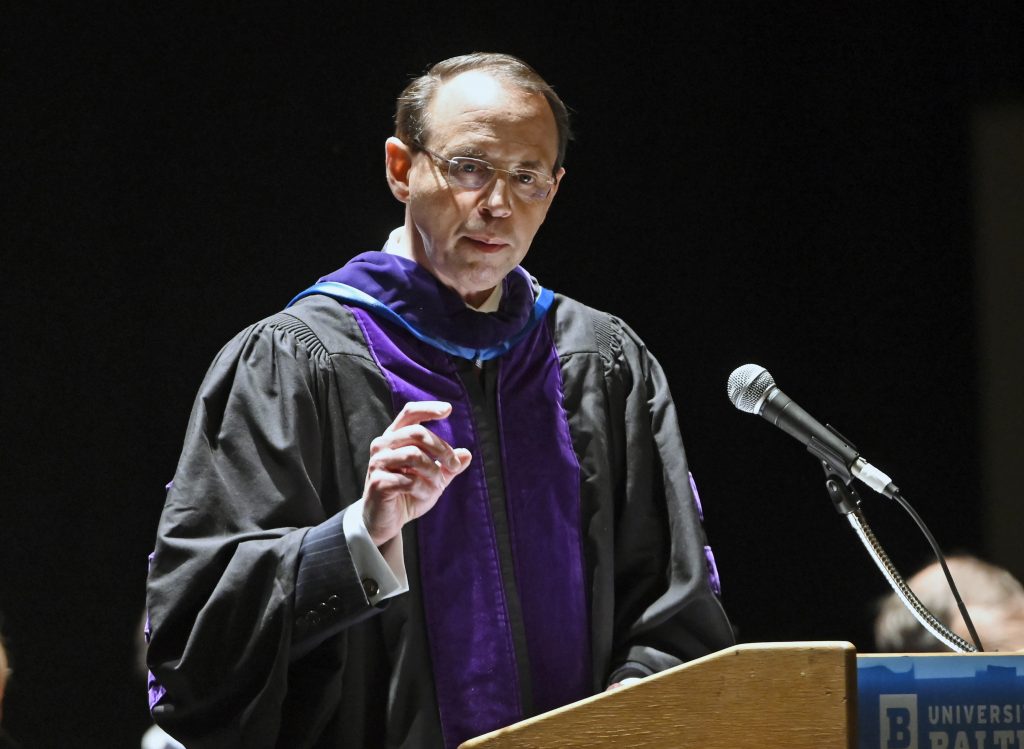 Rod Rosenstein, in his first public appearance since ending a stormy tenure as U.S. deputy attorney general, quoted the man whose investigation he oversaw – special counsel Robert S. Mueller III – in urging University of Baltimore law school graduates on Monday to remain true to their principles.

“You will face pressure to compromise on things that matter most, perhaps even to trade virtue for the appearance of virtue,” Rosenstein said in the commencement address at the packed Lyric theater. “But you should exercise caution when uncomfortable circumstances tempt you to disregard principles.”

Rosenstein, wearing a dark graduation gown as he stood behind a lectern on the theater stage, then referenced a speech that Mueller – then FBI director – delivered at William & Mary University in 2013.

“There may come a time when you will be tested,” Rosenstein quoted Mueller as saying. “You may find yourself standing alone, against those you thought were trusted colleagues. You may stand to lose all that you have worked for. And it may not be an easy call.”

Rosenstein, a former Maryland U.S. attorney, did not reference his own pressure-packed circumstances overseeing Mueller’s report on Russian interference in the 2016 presidential election.

Rosenstein was viewed by Democrats as a guardian of the Mueller probe. Meanwhile, Republicans sought to undermine the investigation and question the motives of Rosenstein and Mueller. Both are Republicans.

In introducing Rosenstein to the graduates, law school dean Ronald Welch called him a straight shooter who “was often under fire” and “made the tough calls.”

Rosenstein’s resignation – announced in an April 29 letter to Trump – was effective Saturday.

In the letter, Rosenstein thanked the president for “the courtesy and humor you often display in our personal conversations; and for the goals you set in your inaugural address: patriotism, unity, safety, education, and prosperity.”

The letter came 11 days after the public release of Mueller’s report.