National Passenger: Problem With AC on Plane That Crashed Into River
National 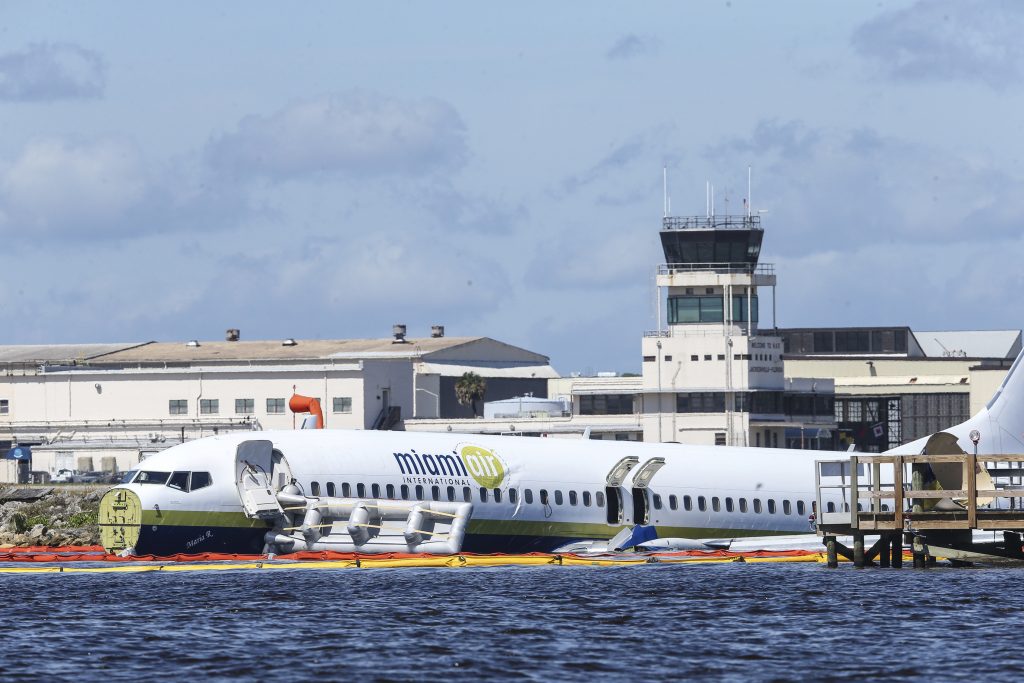 A passenger on the chartered jet that crashed into a river at a military base in Florida said passengers initially were told the aircraft might not be fit for takeoff. Then the flight was cleared to leave Cuba, but with the warning there would be no air conditioning.

Darwing Silva told the Tampa Bay Times that even though the plane was hot, there were no other problems during the flight from Guantanamo Bay, Cuba.

He said the landing at Naval Air Station Jacksonville seemed normal at first, but then the plane didn’t stop on the runway. He says there was a loud bang, he hit his head on the ceiling, and the jet ended up in the water. He says he ushered people out an emergency door onto a wing.