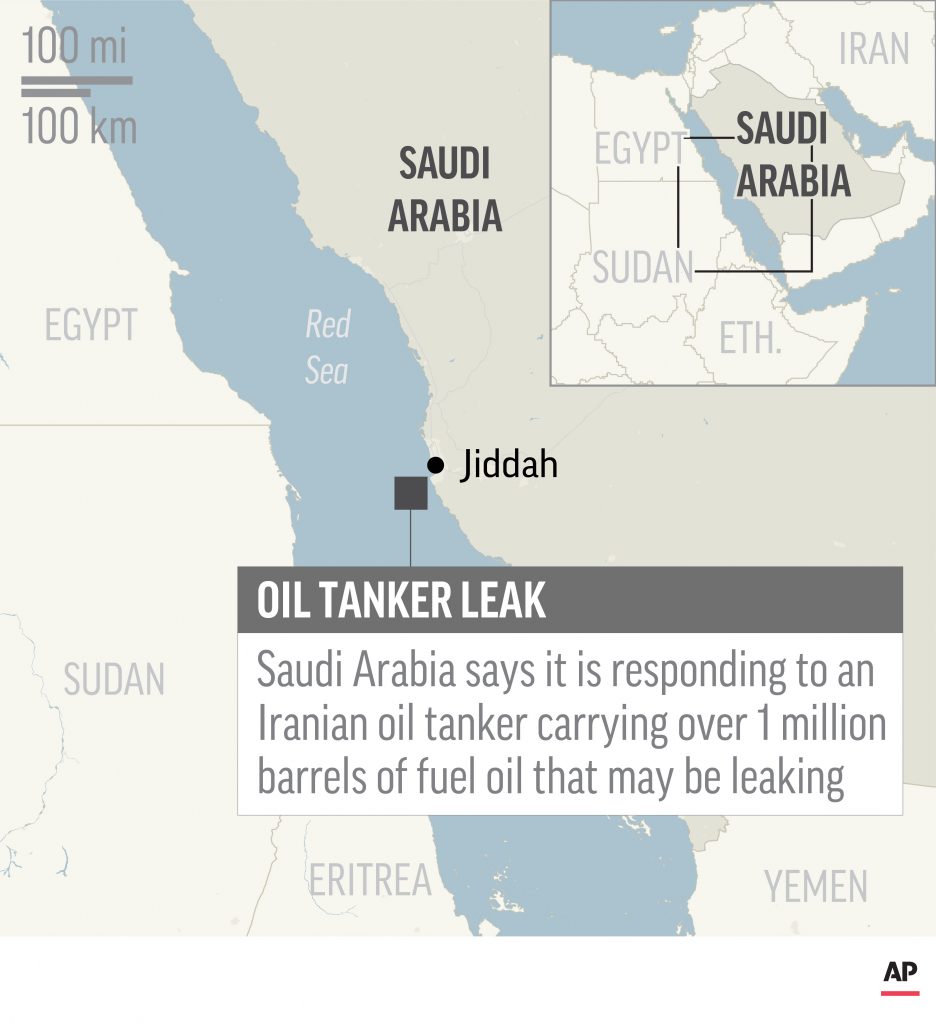 Saudi Arabia’s Coast Guard assisted an Iranian oil tanker with engine trouble off the coast of Jeddah in the Red Sea after Riyadh received a request for help from Iran, the state news agency SPA said on Thursday.

Iran, which confirmed that its vessel had broken down in the area, and Saudi Arabia are arch-adversaries in the Middle East, backing opposite sides in several regional wars.

SPA said the Iranian tanker Happiness 1 and its 26 crew members were found 43 miles southwest of Jeddah Islamic Port and the captain had requested a tow due to “engine failure and loss of control.”

“The kingdom received an official request for help, through its permanent delegation to the United Nations in New York, from the Iranian charge d’affaires in the Iranian delegation,” SPA quoted a Coast Guard spokesman as saying.

“All necessary precautions were taken for the safety of the crew and to ensure there is no environmental damage and to provide assistance,” it added.

The National Iranian Tanker Company (NITC) said the tanker had suffered engine failure but there had been no leak of its contents into the Red Sea, according to SHANA, the Iranian Oil Ministry’s news agency.

“On Tuesday, the vessel, with 26 crew members aboard, was sailing in the Red Sea towards the Suez Canal when its engine failed due to water leakage to the engine room,” SHANA said. It said the crew were 24 Iranians and two Bangladeshis.

SHANA said the tanker was now safe with no injuries reported, and there was no environmental damage from the incident.

The United States decided to end all waivers on Iranian oil imports by May 1, after which buyers of oil from the Islamic Republic could face sanctions.