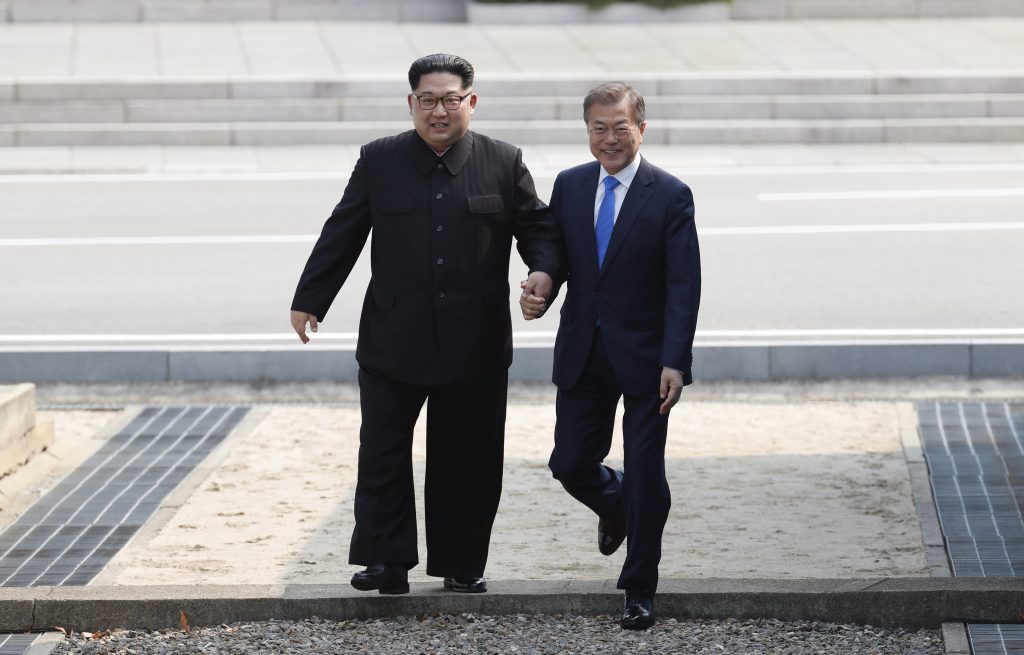 North Korea accused the U.S. of pressuring South Korea to follow a policy of implementing sanctions against the regime, its state media reported.

The Korean Central News Agency report said there was a “serious situation of tension being created” on the peninsula amid halted denuclearization talks with the U.S. The report was a commentary from the Committee for the Peaceful Reunification of Korea, a government branch.

“The U.S. is overtly pressuring the South Korean government, and plotting to use North-South Koreas’ relations to abide by its sanctions-pressure policy,” according to the commentary. The scenarios facing North Korea are ones “in which relations are improved with South Korea, or returning to the past of the threat of war,” it said.

“We have been asking the South Korean government to take a more active stance in pushing for a peaceful unification,” the commentary said.

The commentary was written to mark the one-year anniversary of a summit between South Korean President Moon Jae-in and North Korean leader Kim Jong Un in the border village Panmunjeom. Kim recently returned to Pyongyang after a trip to Vladivostok, where he met Russian President Vladimir Putin and criticized the U.S. of “bad faith” in nuclear talks.