Community 76 Years After Uprising, Seder to Be Held in Warsaw Ghetto
Community 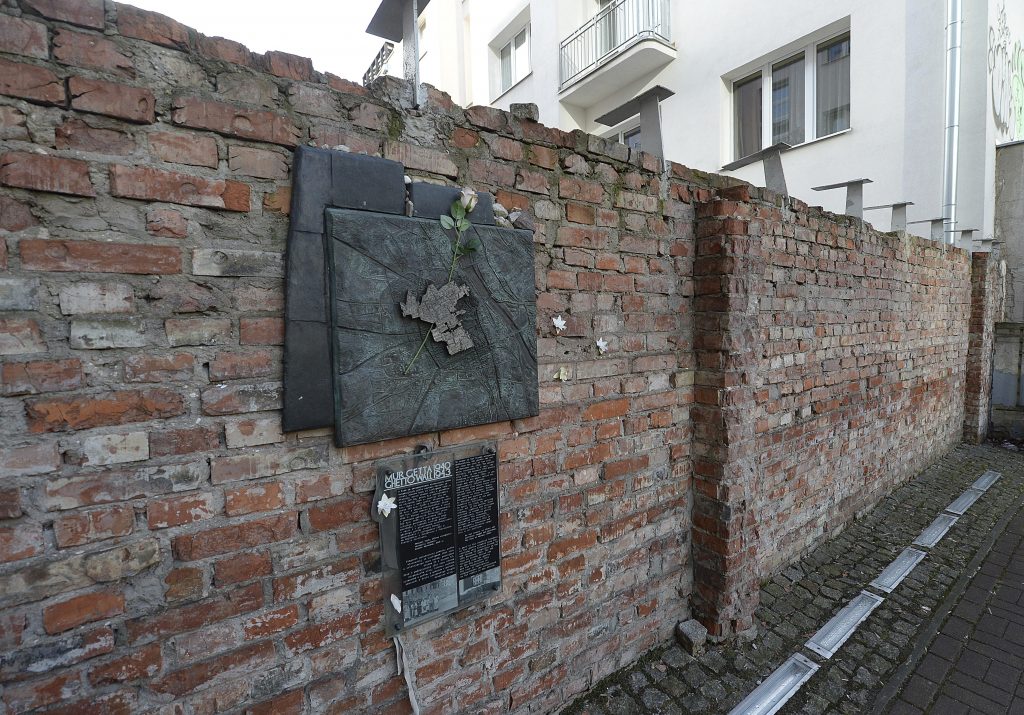 A Seder is to be held this year in the Warsaw ghetto for the first time in 76 years. On Erev Pesach 5703/1943, the Warsaw ghetto uprising broke out. The ghetto refused to surrender to the police commander, who then ordered the burning of the ghetto. A total of 13,000 Jews were killed in the uprising, Hy”d.

The Warsaw ghetto was the largest of all the Jewish ghettos in German-occupied Europe during World War II.

This year, families of ghetto survivors will hold a Seder in the ghetto, along with the Rabbi of the local Lubavitch community and his family. Rabbi Shalom Dov Ber Stambler is hosting a special Seder in the heart of what was formerly the Warsaw ghetto with approximately 100 Jewish families from Israel, Europe and the U.S.A. as his guests.

Many of the guests had family members who were murdered in the ghetto.

Albert Stankovski, director of the Warsaw Ghetto Museum which is currently being constructed by the Polish government, will also attend the Seder.

“Before the war, approximately one-third of Warsaw was Jewish,” recounts Stankovski. “Commemorating pre-war Jewish Warsaw and celebrating the growth of the current Jewish community is of utmost importance to us. The Passover celebration organized by Rabbi Shalom Ber Stambler and Chabad Lubavitch is a vital part of this process. The staff at the Warsaw Ghetto Museum are likewise dedicated to this goal. We aim to preserve, for future generations, the memory of the Jews of Warsaw who were imprisoned behind the ghetto walls during the German occupation and subsequently murdered in the German camps.”

The Warsaw Ghetto Museum will be housed in the historic building of the former Childrens’ Hospital established by the Jewish families Bersohn and Bauman as a clinic for children of all faiths. The exhibition at 60 Sienna Street is due to open on the 80th anniversary of the outbreak of the Warsaw ghetto uprising.

In 1991, Rabbi Stambler and his family were sent by the Lubavitcher Rebbe, zy”a, to Warsaw with the mission of revitalizing Jewish life in Poland. Since then, the Stamblers have invested enormous energies to cultivate Jewish life, culture and resources in a city where Yiddishkeit was largely wiped out during the war. The communal Seder is one of their latest effort to rejuvenate the community and spread awareness of Jewish identity and Jewish life in Poland. The Seder will be divided into three groups and led in three different languages — Polish, Hebrew and English. Toward the end of the evening, they will merge and conclude the Seder as one.

Yossi Stambler, Rabbi Stambler’s 13-year-old son, who will lead the Seder in Hebrew, while his father leads a parallel Seder in Polish.

The English-language Seder will be led by several young Lubavitch shluchim from America who are traveling to Poland especially to participate in the event. One of them, Rabbi Levi Goldschmidt, is a great-great-grandson of Rabbi Tzvi Hirsch Gur-Aryeh, a Jewish dignitary in Warsaw before the war. Gur-Aryeh was murdered in the ghetto massacre on Pesach, Hy”d.

Holocaust historian Dr. Hillel Zaidman writes that ahead of Pesach 1943, Rabbi Gur-Aryeh and his family, along with other Lubavitch Chassidim, covertly baked matzos at grave risk to their lives in order to be able to properly fulfill the mitzvah. The Rabbi and his family perished together in the uprising. The lone survivor of the illustrious family was Chayah, a daughter who was married to Rabbi Nachum Goldschmidt and lived in Tel Aviv. Coming full circle, the Goldschmidts’ grandson, who lives in New York, will be returning to his ancestor’s native land where he will co-host the Seder in English.

Rabbi Stambler notes, “It is very significant for us to be celebrating Jewish holidays, and particularly the Seder night, which symbolizes Jewish freedom and the day that we united as a nation, in a place that not long ago others sought to destroy us. Throughout the ages, the Jewish people have been oppressed by many nations, yet we have always emerged triumphant!”