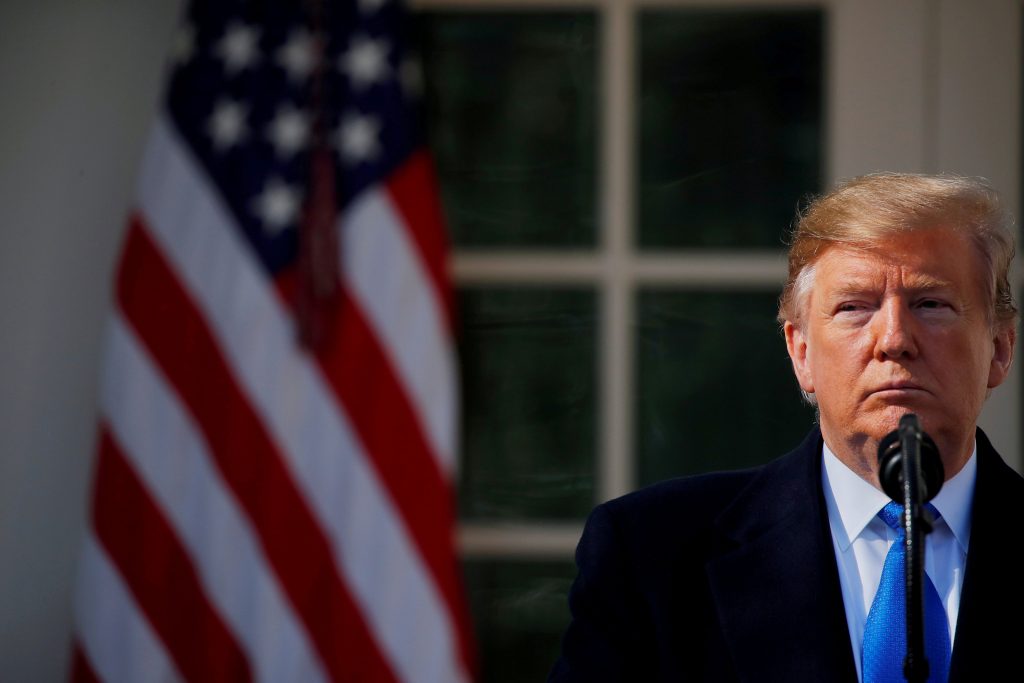 President Donald Trump said on Sunday that actions by the U.S. Federal Reserve have nicked U.S. economic growth and stock market gains by perhaps 30 percent, and that it should begin pumping money into the economy as it did during the 2007-2009 recession.

Mr. Trump’s latest broadside against the central bank, delivered by Twitter and without citing any evidence, came as European Central Bank head Mario Draghi and other international officials worried that a Fed politicized by potential Trump nominees would rattle a dollar-based global system.

“If the Fed had done its job properly, which it has not, the Stock Market would have been up 5000 to 10,000 additional points, and GDP would have been well over 4 percent instead of 3 percent…with almost no inflation,” Mr. Trump said.

“Quantitative tightening was a killer, should have done the exact opposite,” he said, referring to the Fed’s monthly withdrawal last year of up to $50 billion of the bonds it acquired during the worst economic downturn since the 1930s Great Depression.

Mr. Trump’s suggestion the Fed return to quantitative easing would put the central bank in the position of adding monetary stimulus and expanding its presence in debt markets in an economy growing solidly and with historically low unemployment.

No one at the Fed, including three Trump appointees on the board of governors and Mr. Trump’s handpicked chairman, Jerome Powell, has suggested the U.S. needs the sort of central bank help launched when the economy was in freefall a decade ago, according to minutes of recent Fed meetings.

The Fed has already decided to halt the drawdown of its security holdings as of September after concluding that the size of its asset holdings, likely around $3.5 trillion by that point, would be adequate given the demand by commercial banks to hold central bank reserves, the public demand for cash, and the other uses to which its assets are put.

The Fed raised interest rates four times in 2018, but also has put that process on hold, leaving the target policy rate at a range of between 2.25 and 2.5 percent, still below historical averages.

Mr. Trump was angered last fall when a variety of economic risks, which analysts say included slowing growth abroad, Mr. Trump’s own trade policies, and communications missteps by Powell, contributed to a more than 20 percent drop in the Dow Jones Industrial Average from October through December.

That loss has been almost completely erased as the Fed shifted gears, and the Dow is now just about 1.5 percent below the record it set on Oct. 3.