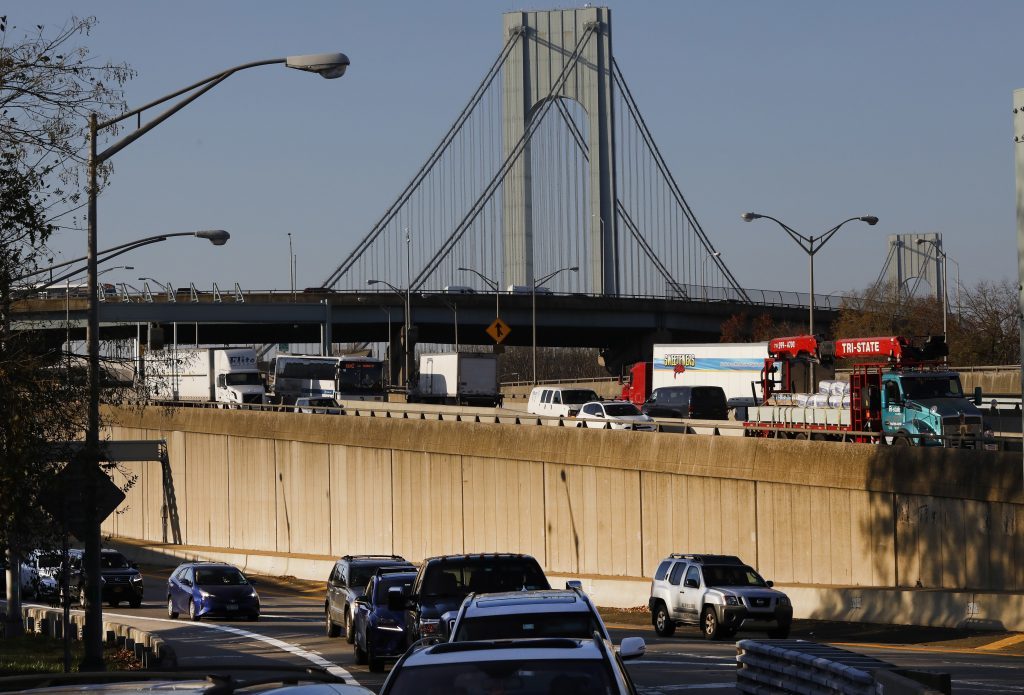 When a 79-year-old man stopped his car and exited it last week in the middle of the Verrazzano Bridge connecting Brooklyn and Staten Island, he was determined to leap more than 200 feet into the New York Narrows’ waters below.

But a driver, an Orthodox Jewish man named Tuli Abraham, saw the would-be jumper, stopped his own car, and approached the older gentleman to see what was wrong. When the elderly man announced his intentions, Mr. Abraham grabbed him and held him back. The suicidal man proved quite strong, but, eventually, Mr. Abraham, along with other civilians who had stopped and several law enforcement personnel who had been summoned, managed to pull the man to safety.

Suicide had been prominent in the news mere weeks earlier, when, over the course of mere days, a young survivor of last year’s massacre at Marjory Stoneman Douglas High School in Parkland, Florida, took her own life, as did another student at the same school. And Jeremy Richman, the 49-year-old father of a 6-year-old who was murdered in the 2012 Sandy Hook Elementary School shooting ended his life too.

In light of the fact that tens of thousands of Americans kill themselves each year, and that the suicide rate continues to rise, news reports of those deaths responsibly included public service addenda providing readers and viewers contact information for groups like the National Suicide Prevention Lifeline.

Consider that the very day of Mr. Richman’s death, New Jersey’s legislature voted to allow doctors to help patients kill themselves. If the state’s governor, Phil Murphy, signs it into law as he has pledged to do, New Jersey will join several other states and European countries that already allow physician-assisted suicide. It seems almost inevitable that other deadly dominos will fall, with other states following those unfortunate examples.

So, which is it, America? Is suicide something we need to try to prevent, even if it means tackling a man on a bridge and supplying the public with suicide prevention hotlines? Or is it a simple and respectable expression of personal autonomy, a “human right” that must be accepted, even aided?

We believing Jews know well that life isn’t about “rights,” of course, but rather about right — in the sense of right and wrong. And that it is wrong to take an innocent life, even one’s own. We know, too, that an Olam Haba and a reckoning await us all, and that every moment of Olam Hazeh is invaluable, since only here on earth can we accomplish anything.

But even those who choose not to recognize those truths need to be consistent. What explains how otherwise reasonable people can insist on intervention, counselling and treatment when someone in pain and distress shows suicidal tendencies but, should the same person experience pain and distress while lying in a hospital bed, consider it proper to help the patient kill himself?

Proponents of physician-assisted suicide will respond that the laws they support and that have been enacted, require the patient to have been medically judged to have less than six months to live. But life itself, after all, is terminal. What makes the arbitrary time span of five months and 29 days so significant, so — quite literally — life-changing?

The person lying in the hospital might be distraught and convinced that he will be better off leaving living to others. But it can’t be denied that even a tiny slice of time can be used to accomplish much. Even someone with no comprehension of the immense power of a mitzvah or teshuvah has to admit that a smile can be shared, a kind word spoken; an apology offered, or a regret confronted; thoughts can be thought and reconciliation with an alienated friend or relative achieved.

New Jersey and its fellow assisted-suicide-sanctioning states seem to feel that a diagnosis of “terminal” and mental anguish are sufficient for a life to be considered void of worth. But the truth is that no life is worthless and no moment of life without value.

Voters and those who represent them would do well to consider that instead of offering terminal patients — a label, again, that applies in a broad sense to us all — the means to end their lives, we should feel charged to convince them of what they can yet accomplish, whatever their medical, mental or physical states, in whatever months, days or even moments left them on this earth. We need to treat the man in the hospital bed no differently than we treat the man on the bridge.