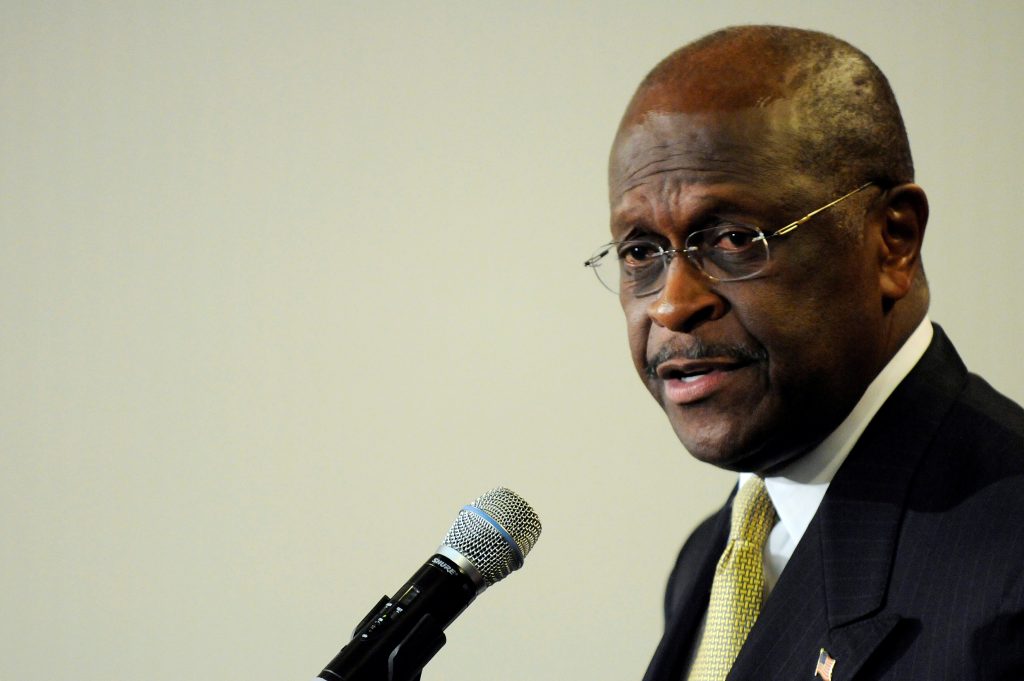 President Donald Trump intends to nominate Herman Cain, the former pizza company executive who ran for the 2012 Republican presidential nomination, for a seat on the Federal Reserve Board, according to people familiar with the matter.

Trump plans to announce his selection very soon, said three people, who asked not be identified discussing the nomination because it hasn’t been announced. Cain would fill one of two open seats on the board. The president plans to name Stephen Moore, a visiting fellow at the Heritage Foundation and a long-time Trump supporter, for the other.

In Cain and Moore, Trump would place two political loyalists on the board of a central bank that has frequently crossed him. The president has repeatedly attacked Federal Reserve Chairman Jerome Powell for raising interest rates, and Bloomberg News reported in December that Trump had even discussed firing him. One way the president can directly influence monetary policy is through nominations to the Fed board, though anyone he picks must be confirmed by the Senate.

Cain in September co-founded a pro-Trump super-political action committee, America Fighting Back PAC, which features a photo of the president on its website and says: “We must protect Donald Trump and his agenda from impeachment.”

Cain, who had a long corporate career, has also worked in the Federal Reserve system. From 1992 to 1996, he served as a director of the Federal Reserve Bank of Kansas City, as well as deputy chairman and then chairman. He advocated for the U.S. to return to the gold standard during his presidential campaign and as recently as December 2017 defended higher interest rates, a position that contrasts with Trump’s repeated criticisms of the Fed last year.

During the presidential campaign, Cain became known for his so-called “9-9-9” tax plan, which would have replaced much of the U.S. tax code with a flat 9 percent tax on sales transactions as well as corporate and individual income.

Axios reported earlier Thursday that Trump was expected to announce his selection of Cain as soon as a background check was completed. Bloomberg reported in January that Trump was close to choosing Cain for the job.