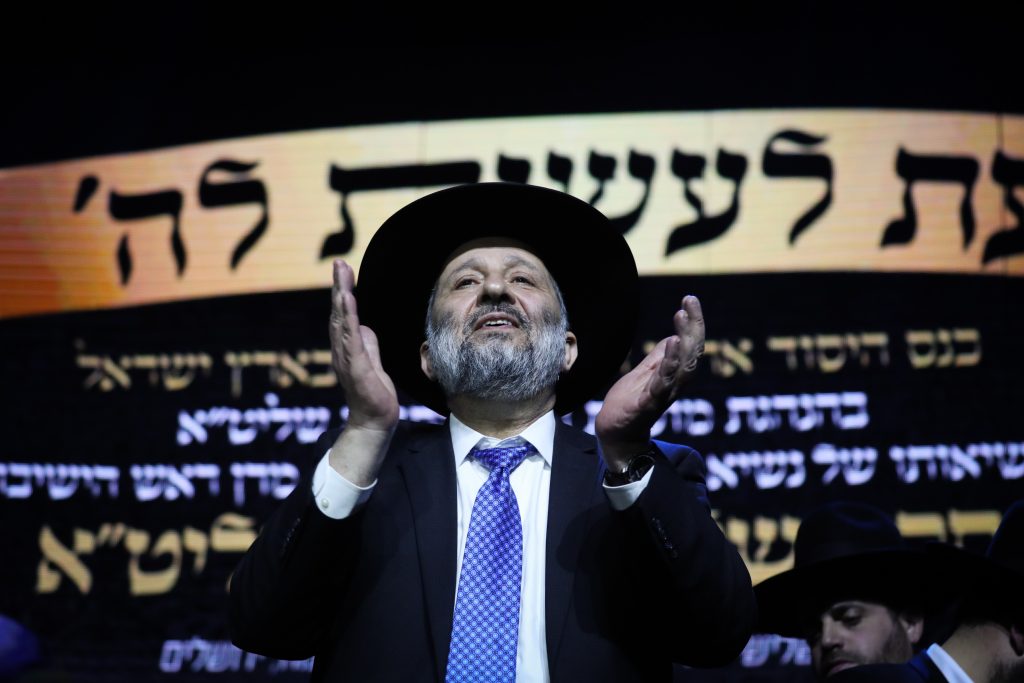 Shas on Thursday petitioned the High Court over a decision by Chanan Meltzer, head of the Central Elections Committee, to ban a campaign by the party that promises voters a letter in a sefer Torah that will be written – if they promise to vote for the party. Shas said in a statement that the decision by Meltzer displays “denigration” of Sephardic and Eastern Jewry. “It is difficult to believe that in the year 2019 there is still this cultural persecution against a large community that values Jewish tradition,” Shas said in a statement.

The campaign, called “Yosef Aleichem” – an allusion to extra votes Shas would get in the campaign, and to the name of Hagaon Harav Ovadia Yosef, zt”l, who conducted similar campaigns in past elections – calls on supporters to convince other people to vote for the party. Those who do, according to the campaign, will have a letter in a new sefer Torah to be written and dedicated at the Kosel, both for themselves and the people they bring on board.

Meltzer said in his decision that the campaign was illegal, because “it promises a gift to those who participate.” Meltzer said that as the work on the sefer Torah had already begun, Shas could include those who had already committed to vote for the party, and could complete the sefer – but could not promise other voters that they would get a letter.

In its response, Shas said that the decision smacked of condescension to observant Jews, especially in the Sephardic community. “Other parties give out all sorts of gifts, such as hats, shirts, and other items that have a great deal more material worth. But over and over the Committee rules against Shas. It is shocking that a letter in a sefer Torah should be seen as a ‘gift,’ despite its negligible material value. This is another attempt to ‘educate’ the Sephardic community and to divorce it from its tradition, and it will not work,” the party said.