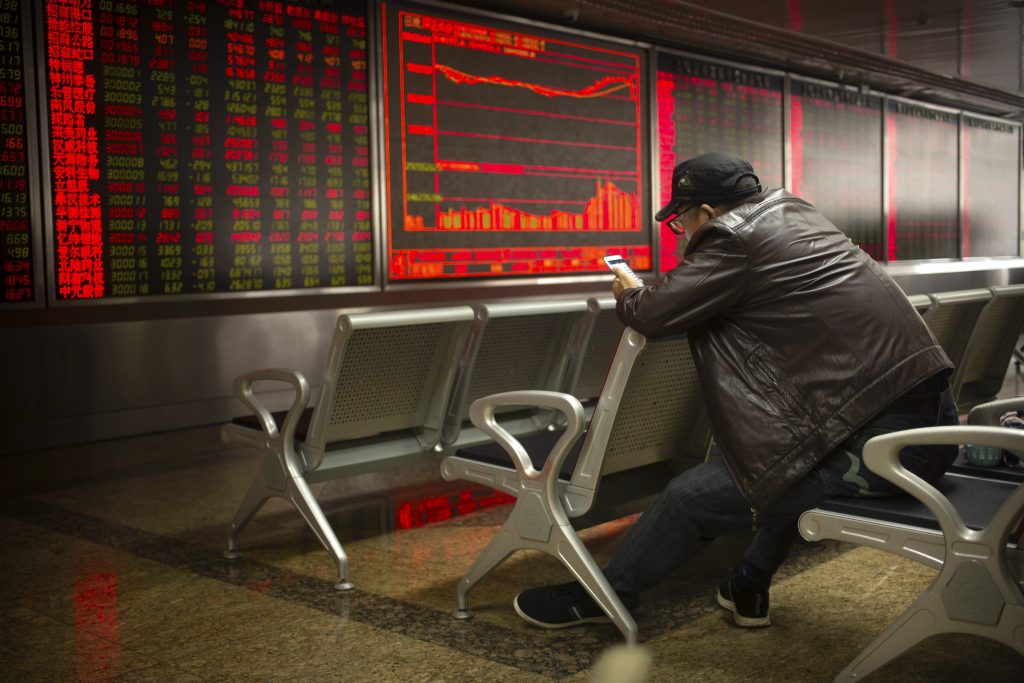 Shares were mixed in Asia on Thursday, with the Shanghai Composite jumping 0.7 percent to 3,237.43 on reports of possible progress in China-U.S. trade talks.

The U.S. and China opened a ninth round of talks Wednesday, aiming to further narrow differences in an ongoing trade war that has deepened uncertainty for businesses and investors and cast a pall over the outlook for the global economy.

Larry Kudlow, a top White House economic adviser, said “good headway” was made in those talks and expressed optimism that areas of disagreement could be narrowed further this week.

Markets have swayed for months as the contentious talks drag on. The latest reports say that both sides have resolved most of the key issues, with some pledges from China to end practices viewed by the U.S. as technology theft.

U.S. stocks recovered from a late-afternoon bout of selling on Wall Street to give the benchmark S&P 500 its fifth straight gain.

Investors are awaiting the release Friday of the government’s monthly tally of hiring by U.S. employers and a new round of corporate earnings reports set to begin coming out next week.

The overall forecast is for a weak round of results, with earnings by S&P 500 companies expected to contract by 4 percent, according to FactSet.

Benchmark U.S. crude lost 10 cents to $62.36 per barrel in electronic trading on the New York Mercantile Exchange. It dropped 0.2 percent to settle at $62.46 a barrel on Wednesday. Brent crude, used to price international oils, gave up 1 cent to $69.30 per barrel.