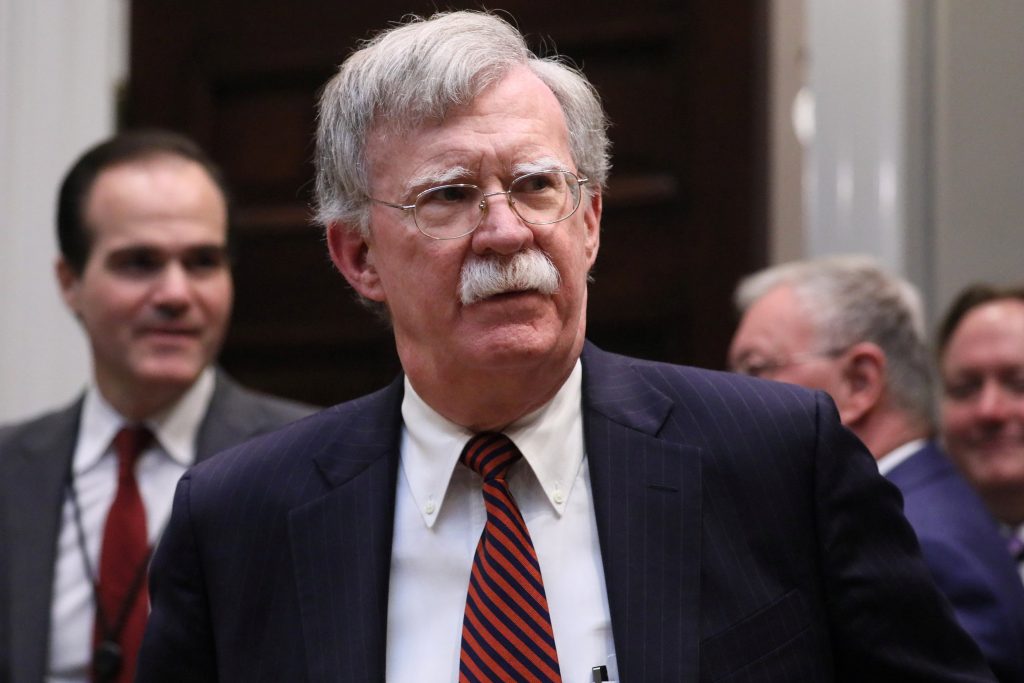 The White House on Friday warned Russia and other countries backing President Nicolas Maduro against sending troops and military equipment to Venezuela, saying the United States would view such actions as a “direct threat” to the region’s security.

The warning comes after two Russian air force planes landed outside of Caracas on Saturday, believed to be carrying nearly 100 Russian special forces and cybersecurity personnel.

U.S. President Donald Trump earlier this week said “Russia has to get out” of Venezuela. His national security adviser John Bolton issued a second warning on Friday in a strongly worded formal statement.

“We strongly caution actors external to the Western Hemisphere against deploying military assets to Venezuela, or elsewhere in the Hemisphere, with the intent of establishing or expanding military operations,” Bolton said.

“We will consider such provocative actions as a direct threat to international peace and security in the region. We will continue to defend and protect the interests of the United States, and those of our partners in the Western Hemisphere,” he said.

The United States and most other Western countries support Venezuelan opposition leader Juan Guaido, who invoked the constitution in January to declare himself interim president, arguing that Maduro’s 2018 re-election was illegitimate.

Russia and China support Maduro, who has said Guaido is a puppet of Washington.

Russia has said it sent “specialists” to Venezuela under a military cooperation deal but insisted they posed no threat to regional stability, brushing aside Trump’s threat.

Trump said on Wednesday that “all options” were open to force Russia to pull its troops out of Venezuela.

Bolton condemned Maduro for using foreign military support to stay in power, saying it would “perpetuate the economic crisis that has destroyed Venezuela’s economy; and endanger regional stability.”

Years of economic mismanagement have left the economy of OPEC member Venezuela in shambles, causing hyperinflation. Severe shortages of food and medicine are common, and power blackouts have exacerbated the crisis.

The United Nations estimates that about a quarter of Venezuelans need humanitarian aid, according to internal UN estimates seen by Reuters.