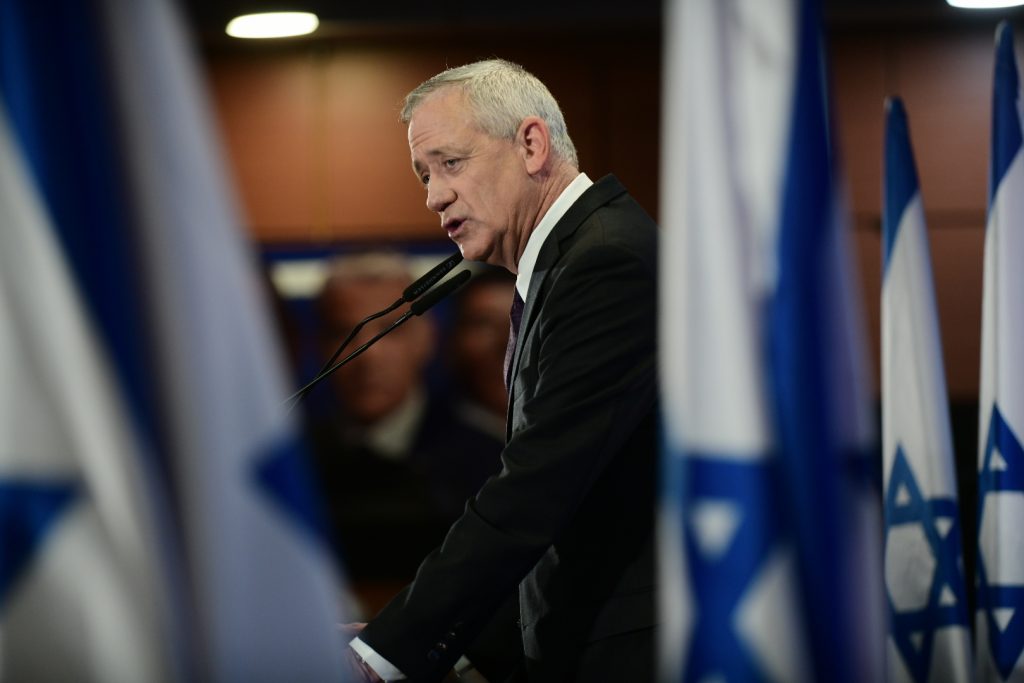 It was Benny Gantz’s turn to face scrutiny of his business dealings as the State Comptroller’s Office said Wednesday that a tech company once headed by him had negotiated a contract with Israeli police without a legally required tender.

“Police should have reached out to other technology companies, whether start-ups or veteran firms, and informed them of its intention” to sign a contract for technology services worth 50 million shekels, State Comptroller Yosef Shapira wrote.

Gantz’s Blue and White party put out a statement denying any wrongdoing during his stewardship of the company, Fifth Dimension.

“This a report that deals with the conduct of police regarding tenders or exemptions from tenders. Gantz’s actions as chairman of Fifth Dimension were unimpeachable,” the party said. The company eventually went bankrupt.

Shapira’s office also said that it investigated the police, and did not even name Gantz or the company in its findings.

“The State Comptroller’s Office does not look into private companies,” a spokesperson said.

Nevertheless, the report accuses “Company A” of making misleading statements to the police in order to gain a NIS 4 million payment in 2016 for a pilot project in cyber technology.

Some were asking on Wednesday if Fifth Dimension representatives made false statements to the police, and if they did, whether Gantz knew about it.

In response, Prime Minister Netanyahu’s Likud party called on Attorney General Avichai Mandelblit to order a criminal investigation into the former chief of staff, “in light of the grave findings in the report, which raise suspicions that Gantz illegally communicated with former police commissioner Roni Alsheich in an attempt to fraudulently take NIS 50 million in public funds.”

At a press conference, Likud ministers Yariv Levin and Ofir Akunis demanded an investigation to begin before national elections on April 9.