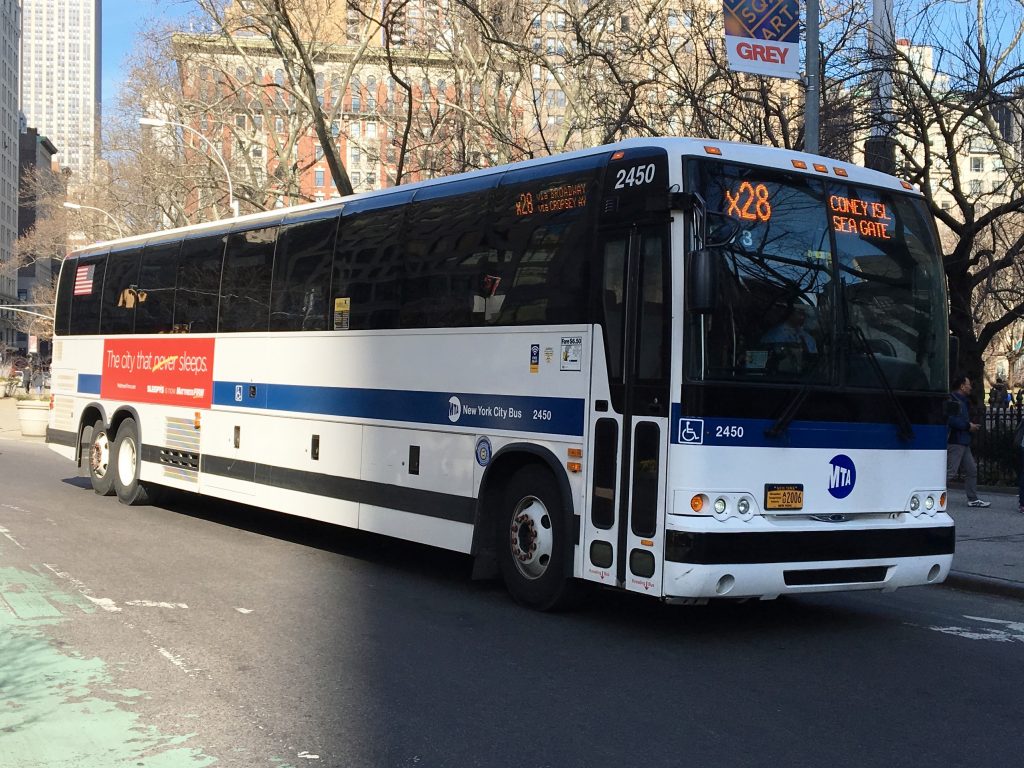 In an effort to increase bus speeds and keep them moving on congested city streets, the MTA New York City Transit announced plans to purchase a system to capture real-time bus lane violations.

“This advanced automated camera technology will make a real difference toward clearing the way for our buses as they navigate some of the most congested roadways in the nation,” said Darryl Irick, MTA Bus Company president and NYC Transit senior vice president of buses. “Together with our City partners, we are prioritizing public transit on city streets so that our buses and our customers spend less time sitting in traffic.”

“We are excited that the MTA is undertaking this critical effort to help keep bus lanes clear,” said New York City DOT Commissioner Polly Trottenberg, an MTA Board member. “Earlier this year, Mayor de Blasio announced a plan to speed buses by 25 percent over the next two years, and automated enforcement – where we hope to see every bus on every route equipped — will be one more step to reach that ambitious goal.”

As a pilot program to evaluate the efficacy of automated enforcement, an Automated Bus Lane Enforcement (ABLE) system will be installed on 123 buses serving some Select Bus Service routes in Manhattan and Brooklyn. Pilot results will be taken into account in NYC Transit’s future decision whether to expand the program.

The ABLE system captures the license plate information and locations of vehicles obstructing bus lanes, and uses photos and videos to document clear cases of bus lane violation. The information will be transmitted to NYCDOT for processing, and will be administered in partnership with NYCDOT and NYC Department of Finance. The system employs several safeguards to prevent vehicles making permitted turns from being ticketed.