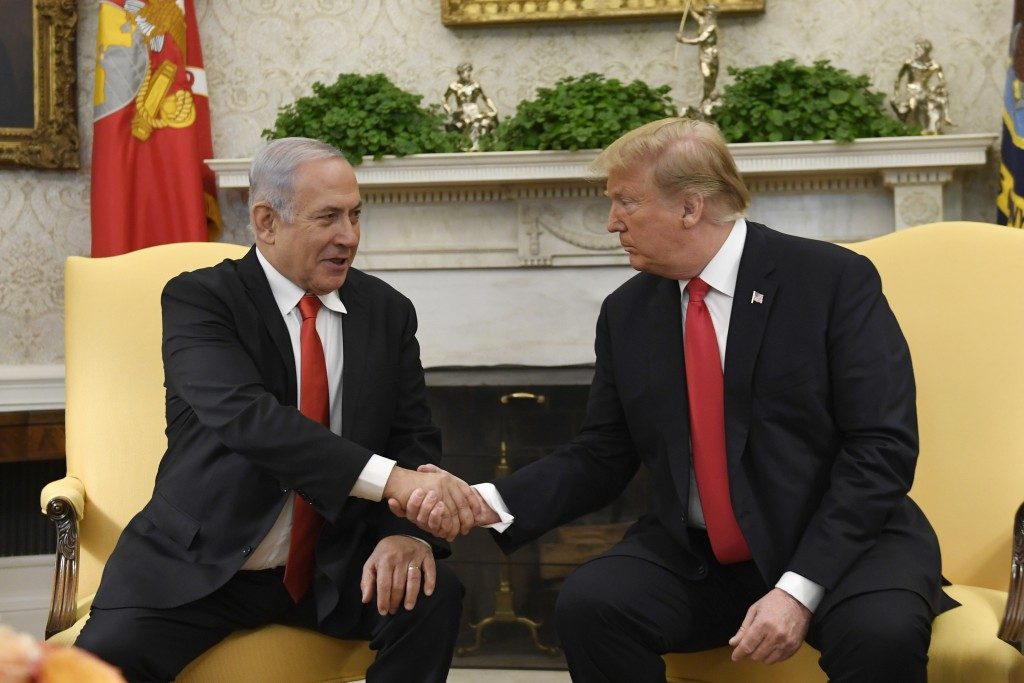 This week’s visit to Washington by Israeli Prime Minister ,Binyamin Netanyahu is a stark reminder of how much things have changed in U.S.-Israel relations, thanks to President Donald Trump.

During the Obama administration, such a visit was always laced with tension. To be fair, former president Barack Obama provided generous military assistance to Israel, including special funding for Iron Dome anti-missile batteries that presumably helped save many Jewish lives. However, there was always a sense of disappointment, dislike and distrust toward the democratically elected prime minister of Israel. No matter how far Netanyahu went in his gestures toward the Palestinians to restart the peace process — including freezing Jewish building in Yehudah and Shomron and releasing terrorists with blood on their hands — Israel was always blamed for the diplomatic impasse.

Obama’s vice president, Joe Biden, took personal offense at the announcement during his visit to Israel that Jewish homes would be built in Ramat Shlomo; as if building homes in a chareidi neighborhood of Yerushalayim were some terrible betrayal of the United States.

The Obama administration, including second-term secretary of state John Kerry, never tired of blaming, lecturing and dissing Israel, culminating in their parting gift of failing to veto a U.N. Security Council resolution demanding an immediate halt to “all Israeli settlement construction in the West Bank and East Jerusalem.”

The resolution also called on all states “to distinguish, in their relevant dealings, between the territory of the State of Israel and the territories occupied since 1967” — language that invited boycott and sanctions efforts.

As Prime Minister Binyamin Netanyahu said at the time, the resolution “states that the Jewish quarter and the Western Wall are occupied, which is absurd.” (Not only was it absurd but it made peace impossible by raising Palestinian expectations to unrealistic levels that no Israeli government could meet.)

On a personal level, Obama never missed an opportunity to demonstrate his visceral dislike of the prime minister, whether it was talking to him on the phone with his feet on the desk (and making sure he was photographed in the position) or leaving the prime minister alone in the White House while he went to the private quarters to have dinner with his family. As he left, the president condescendingly told the prime minister to consider the error of his ways. “I’m still around,” Obama reportedly said on departing. “Let me know if there is anything new.”

By contrast, this week, not only was Netanyahu greeted with warmth and friendship at a “working meeting” on Monday, he was invited with his wife back to the White House for dinner on Tuesday, a social event that unfortunately had to be canceled due to the prime minister’s need to rush back to Israel to deal with a military crisis.

“Never — never — has there been a relationship like this between an Israeli prime minister and an American president,” Netanyahu said earlier this week before taking off for Washington. “It’s a very, very important asset for the State of Israel, and it is important that [this relationship] continues to serve us.”

Obviously, it also serves the interests of Netanyahu, who is seeking reelection. Yet it’s worth noting that Trump began showing his true colors as a friend of Israel long before the current election campaign, when he made sure to visit Israel on his first presidential trip abroad and, breaking with tradition, became the first sitting U.S. president to visit the Kosel.

He again broke with tradition, and his own State Department, in recognizing Yerushalayim as the capital of Israel and opening a U.S. embassy there.

The president further showed his commitment to Israel’s security when he defied his European allies and scrapped the failed Iran nuclear agreement, re-imposing sanctions that are having their desired effect and have a chance of ridding the free world and Israel of an existential threat.

Mr. Trump is again standing on principle in recognizing Israel’s annexation of the Golan Heights.

The president’s actions have had a ripple effect. In bravely defying Arab threats of worldwide terrorism over his recognition of Yerushalayim as Israel’s capital, he paved the way for others to follow suit.

On Sunday, Romania’s Prime Minister Viorica Dăncilă told AIPAC that Bucharest would seek to relocate its embassy from Tel Aviv to Yerushalayim, following the United States and Guatemala.

Honduras President Juan Orlando Hernández told AIPAC that his country would “immediately” open a diplomatic office in Yerushalayim. “Honduras will immediately open our official diplomatic mission and this will extend our embassy to the capital of Israel, Jerusalem,” he said.

In his consistent display of genuine friendship and respect, the president has changed the way much of the world views Israel. He has given other leaders the courage to break from traditions that were based on fear of Arab threats and anti-Semitism, and pursue mutually beneficial relations with Yerushalayim.

For all of this, we owe him a debt of gratitude.