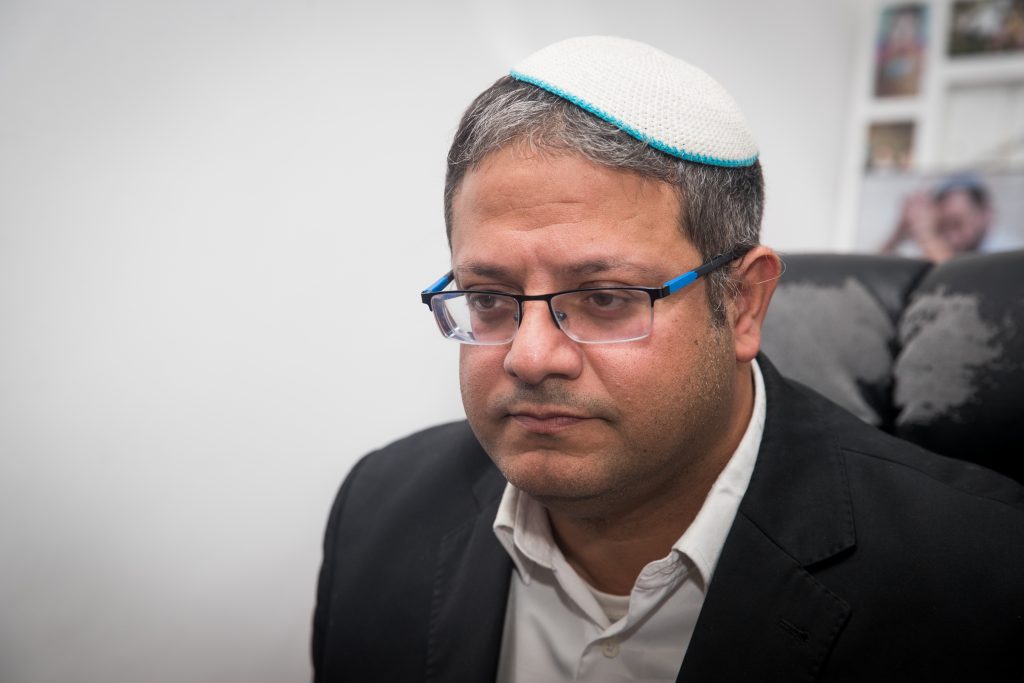 The far-right party Otzma Yehudit may not have a representative in the next Knesset, after the Central Elections Committee ruled on Sunday against a requested change in the Union of Right Wing Parties electoral list.

Itamar Ben Gvir move up two spots on the joint list, in order to take the place of colleague Michael Ben Ari, who was banned by the High Court last week for inciting racism.

Committee chairman Hanan Melcer concurred with the opinion of Attorney General Avichai Mandelblit that existing election law does not allow for such changes in the list once the filing deadline has passed. They said it was not in their power to make an exception in this case, in view of the fact that the court disqualified Ben Ari after the lists were submitted.

The URWP reacted to the news cynically, saying that, “as expected, Justice Melcer fell in love with the procedure and abandoned the essence.”

Ben Ari had been number five on the URWP list, which is a combination of the Jewish Home, National Union and Otzma Yehudit. Its only other candidate on the URWP slate, Ben Gvir, was number eight. Each candidate after Ben Ari was bumped up one spot, after the court decision. Since polls currently show URWP getting only 6 or 7 seats, if Ben Gvir is made number 7, he might not get in. Hence, the request to make him number 5.