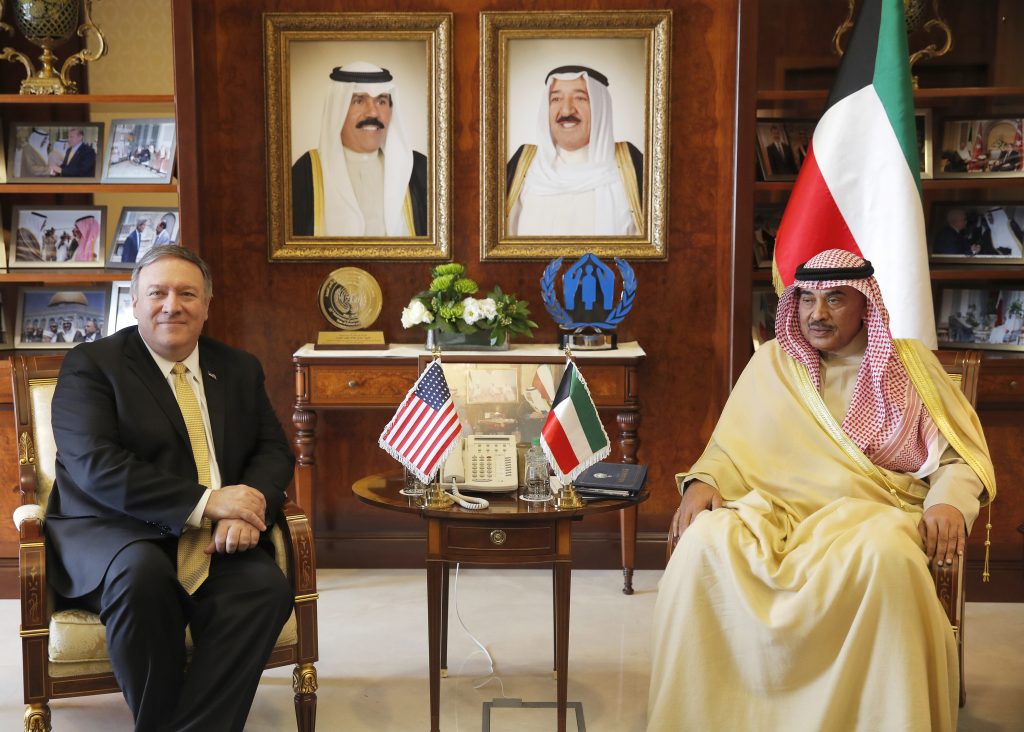 Secretary of State Mike Pompeo on Wednesday renewed calls for a resolution to a festering dispute between Qatar and four other Arab nations, all of them America’s partners in the Middle East.

On a visit to Kuwait, which has been attempting to mediate an end to the crisis, Pompeo said the dispute that has roiled the Gulf Cooperation Council for almost two years is hindering efforts to combat regional threats posed by Iran, the Islamic State and other terrorist groups.

Pompeo lauded mediation efforts in the dispute by Kuwait’s emir and said the United States would do whatever it could to assist.

“We are working to help those countries find a set of common ground,” he said. “We all have the same set of threats, the threats from al-Qaida and from ISIS, the threat from the Islamic Republic of Iran. We all are working diligently to find a path forward so that the rift between those countries can be resolved.”

ISIS is an alternative acronym for the Islamic State group.

Bahrain, Egypt, Saudi Arabia and the United Arab Emirates began a boycott of Qatar in June 2017, alleging that Qatar funds extremist groups and has too-cozy ties to Iran.

Qatar has long denied funding terrorists, but Doha shares a massive offshore natural gas field with Tehran that gives its citizens one of the highest per-capita incomes in the world. It restored diplomatic relations with Iran after the crisis erupted, marking a setback for Saudi Arabia, which views the Shiite power Iran as its main regional rival.

A similar dispute involving Doha erupted in 2014, but this time positions have hardened against Qatar, whose support for Islamist opposition groups has angered the Arab nations now boycotting it.

Pompeo was in Kuwait on the first leg of a Mideast tour that will take him next to Israel and Lebanon.