Israel Netanyahu to Gantz: What Are You Hiding From the Israeli Public?
Israel 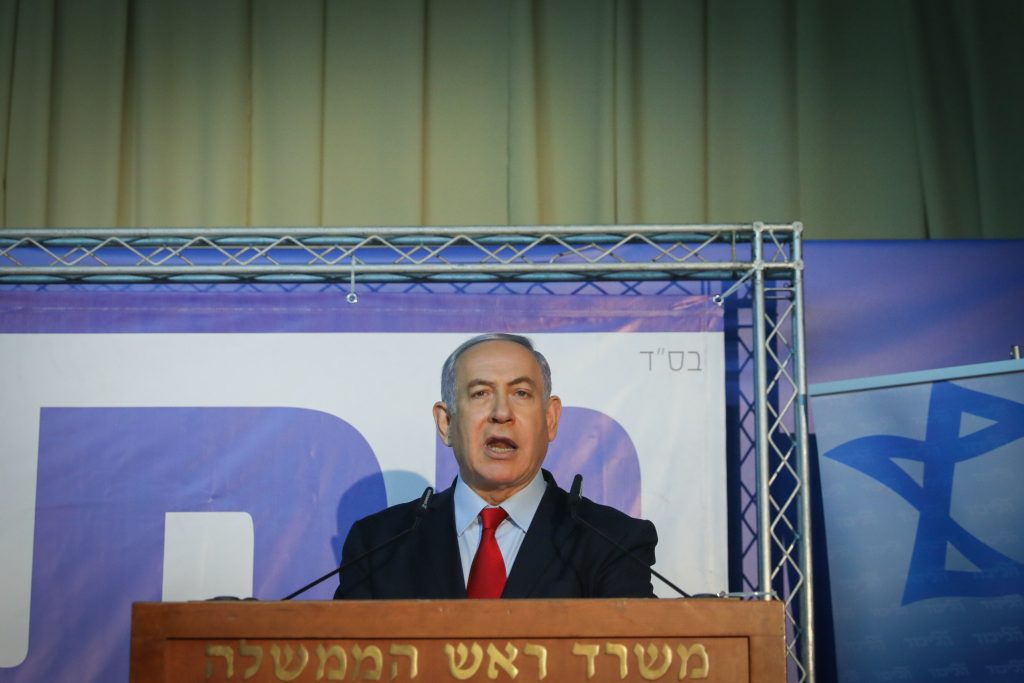 The Iranians gained access to sensitive materials when it hacked Gantz’s phone, Netanyahu said, and called on Gantz to tell the public what was on the phone to prevent the possibility of blackmail.

The prime minister dismissed Blue and White’s claims that new developments in the Submarine Affair may implicate him.

“There is nothing new except for one thing: Lapid and Gantz’s panic,” Netanyahu said.

“Why are they panicking? The answer is obvious,” he stated. “The reason for their panic is because Iran hacked Gantz’s phone and stole sensitive information.”

Their hysteria raises serious questions, said Netanyahu. “What do the Iranians know that you are hiding from the Israeli people?

“How can a prime minister stand against Iran, our number one enemy, if Iran has personal information about him? This is not gossip. It’s a matter of national security,” he declared.

“You hid the information about the hack from members of your party,” Netanyahu said. “Maybe you thought you could hide it from the citizens of Israel, as well, but you cannot ask for the trust of the people without revealing the whole truth to the public.”