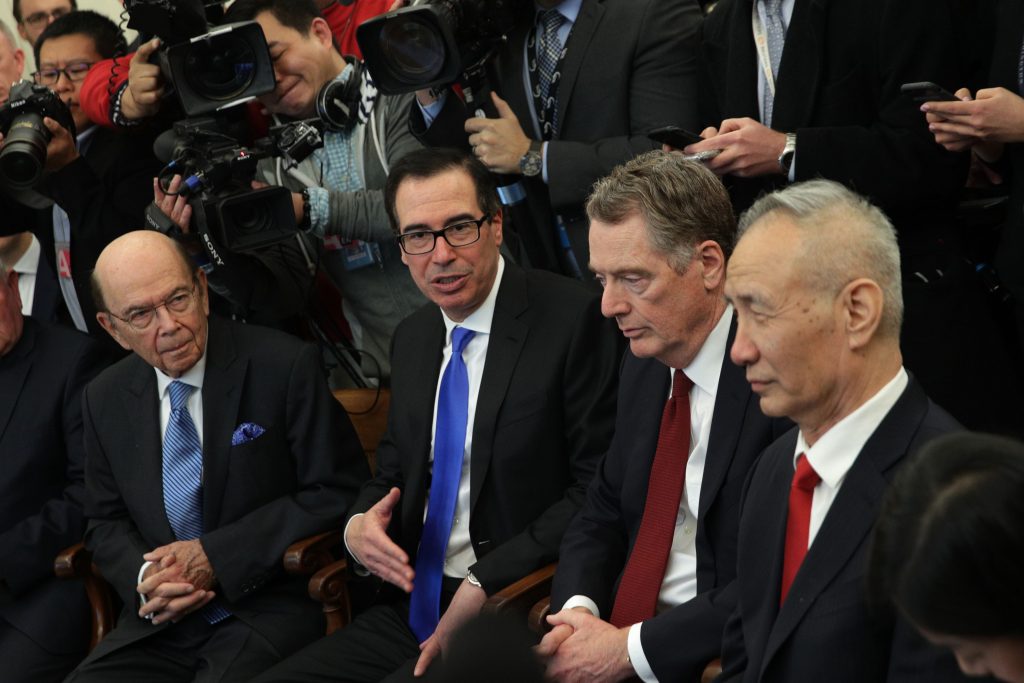 U.S. Trade Representative Robert Lighthizer and Treasury Secretary Steven Mnuchin plan to travel to China next week for another round of trade talks with Chinese Vice Premier Liu He, a Trump administration official said on Tuesday.

The resumption in face-to-face talks, the first since President Donald Trump delayed a March 1 deadline to raise tariffs on $200 billion worth of Chinese imports, marks an acceleration of the negotiations aimed at ending an eight-month trade war between the world’s two largest economies.

Since Trump’s delay of the March 1 tariff hike, the two sides have only negotiated by telephone and video link.

The administration official confirming the new round of talks did not provide further details on the expected duration of the talks or any further rounds. The source, who was not authorized to comment publicly on the matter, spoke on condition of anonymity.

The Wall Street Journal reported earlier that following next week’s negotiation in Beijing, Liu would travel to Washington the week of April 1 as the two sides aim for a deal by the end of the month. The report, citing unnamed administration officials, said the trade talks were in the final stages.

The Journal report and Trump’s latest upbeat comments contrasted with a Bloomberg report on Tuesday that progress in the talks was slowing as Chinese officials have “stepped back” from some initial promises they made on improving intellectual property protections demanded by the United States.

Washington and Beijing have slapped import duties on hundreds of billions of dollars’ worth of each other’s products in their dispute, raising costs, roiling financial markets, shrinking U.S. farm exports and disrupting manufacturing supply chains.

Washington has demanded that Beijing implement stronger protections for intellectual property rights and end policies that it says coerce U.S. companies to transfer technology to Chinese firms in exchange for access to the Chinese market – practices that Beijing has denied. The United States also is demanding that China rein in hefty industrial subsidies that it blames for the buildup of excess production capacity in China.

Since late February, the two sides have been working to refine language on reform pledges that China intends to take, along with an enforcement mechanism aimed at ensuring Beijing will follow through on such changes.

But Chinese officials have sought an immediate end to the tariffs that President Trump has imposed on about $250 billion worth of Chinese imports. Trump administration officials have not specified any plans for rolling back such duties.

The deal under negotiation also is widely expected to include increased Chinese purchases of American goods, including farm and energy commodities, to help reduce the U.S. goods trade deficit with China, which hit a record $419 billion last year.

Among purchases of U.S. goods under consideration are new Chinese orders for Boeing Co jetliners. But the grounding of the company’s 737 MAX models following the recent Ethiopian Airlines crash have cast a shadow over immediate hopes for such a deal, according to industry sources.