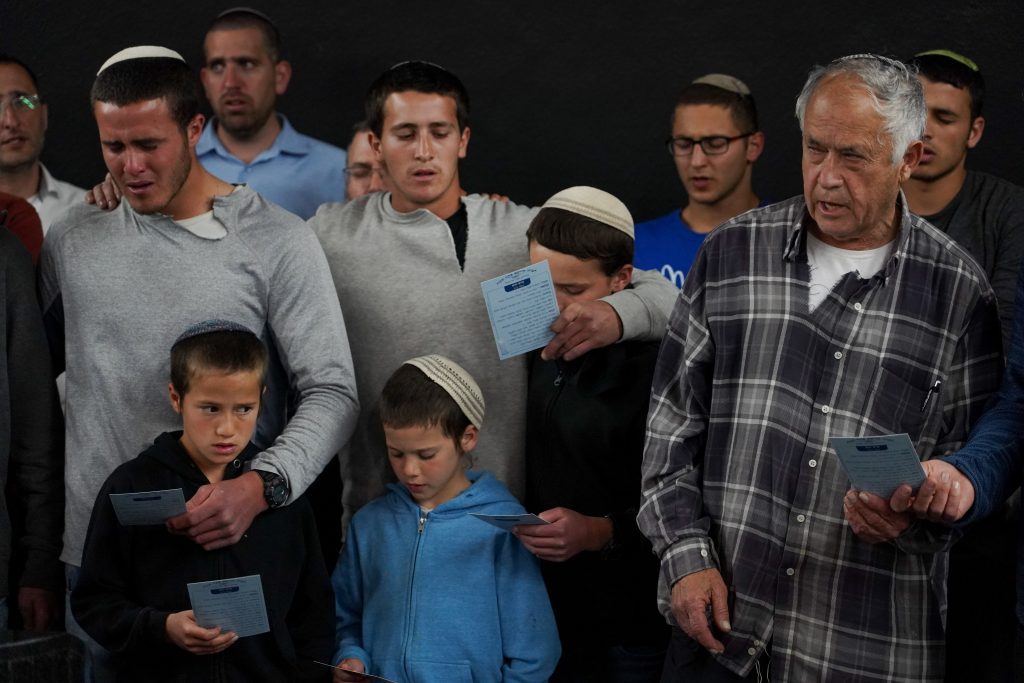 Alex Dabursky, a 19-year-old IDF soldier who was seriously wounded in Sunday’s terror attack near Ariel, showed significant improvement Tuesday, doctors at Beilinson Hospital in Petach Tikva said. Dabursky, who was initially on life support, is now conscious and can communicate with hospital staff, doctors said.

The search continued Tuesday for the terrorist who carried out the attack, Amar Abu-Leila. Heavy forces spread out in Arab villages in the Ariel area, and large numbers of soldiers were operating in and around the Arab village of Barukhin, where security officials believe the terrorist may be holed up. Abu-Leili is a 19-year-old resident of the village of Zaviya, which is very close to Ariel. IDF soldiers overnight Sunday arrested his brother and father, and the location of the home has been mapped for demolition.

On Monday, the levayos of the two victims of the attack – Rabbi Achiad Ettinger and IDF officer Gal Keidan – were held, in the town of Eli in Shomron and in Be’er Sheva respectively. Hundreds attended the levayah of Rabbi Ettinger, a father of 12. The levayah started in Eli and made its way down Road 5, to the Segula cemetery in Petach Tikva. Elyashiv, one of his children, said in a hesped that “I promise to continue your legacy. They took you away but they cannot destroy your spirit, and this tragedy will not break us. This will just unite us. Thank you for what you gave us.”

Keidan, 19, was one of three brothers, born to parents who immigrated to Israel from the former Soviet Union in the 1970s. He was a student and a talented musician, family and friends said, adding that his murder is “a great loss to family and friends.”

Footage of the attack, from a security camera posted at the bus stop where Abu-Leili stabbed Keidan and grabbed his gun, shows the progression of the attack. After grabbing the weapon, the terrorist shot Keidan at close range. Soldiers from across the road shot at the terrorist, and the IDF believes that he may have been injured in the gunfire. Despite that, he was able to continue his rampage, shooting and mortally wounding Harav Ettinger – who drew his gun, but was unable to get off a shot before the terrorist shot him – and then stole a vehicle, which he used to drive to the Gitai Avisar Junction, where he shot and badly injured another soldier.