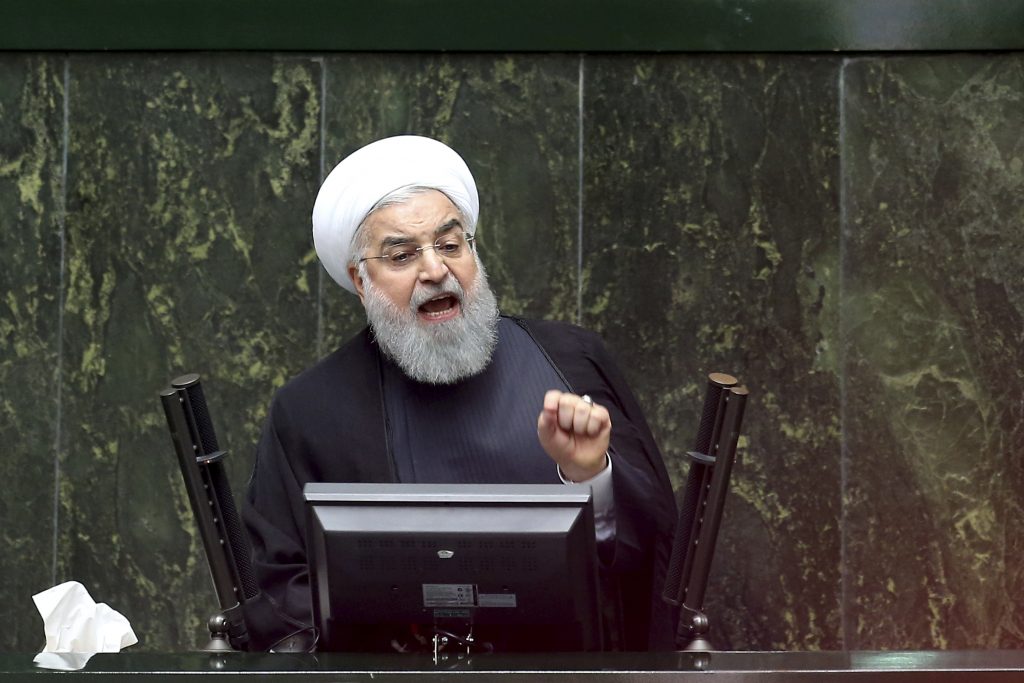 Iranian President Hassan Rouhani said on Monday that the government would file a legal case in Iran against U.S. officials who imposed sanctions on the country as a precursor to action in international courts.

Rouhani said in a speech broadcast live on state media that U.S. sanctions had created difficulties including a weaker rial currency that has fed into higher inflation.

The United States reimposed sanctions on Tehran after President Donald Trump chose last May to abandon Iran’s 2015 nuclear accord, negotiated with five other world powers.

Rouhani said he had ordered the Ministries of Foreign Affairs and Justice “to file a legal case in Iranian courts against those in America who designed and imposed sanctions on Iran.”

“These sanctions are crime against humanity,” he added.

If the Iranian court finds against the U.S. officials, Iran will pursue the case in international courts of justice, the president said.

“The Americans have only one goal: they want to come back to Iran and rule the nation again,” Rouhani said, reiterating Tehran’s view that U.S. sanctions are aimed at overthrowing the government and ushering in one more aligned with U.S. policies.

The sanctions permit trade in humanitarian goods such as food and pharmaceuticals but measures imposed on banks, and trade restrictions, could make such items more expensive as well as more difficult to pay for.

Trump said when he pulled out of the landmark 2015 deal that lifted international sanctions against Iran in exchange for restrictions on its atomic activities that it failed to rein in Iran’s missile program or curb its regional meddling.