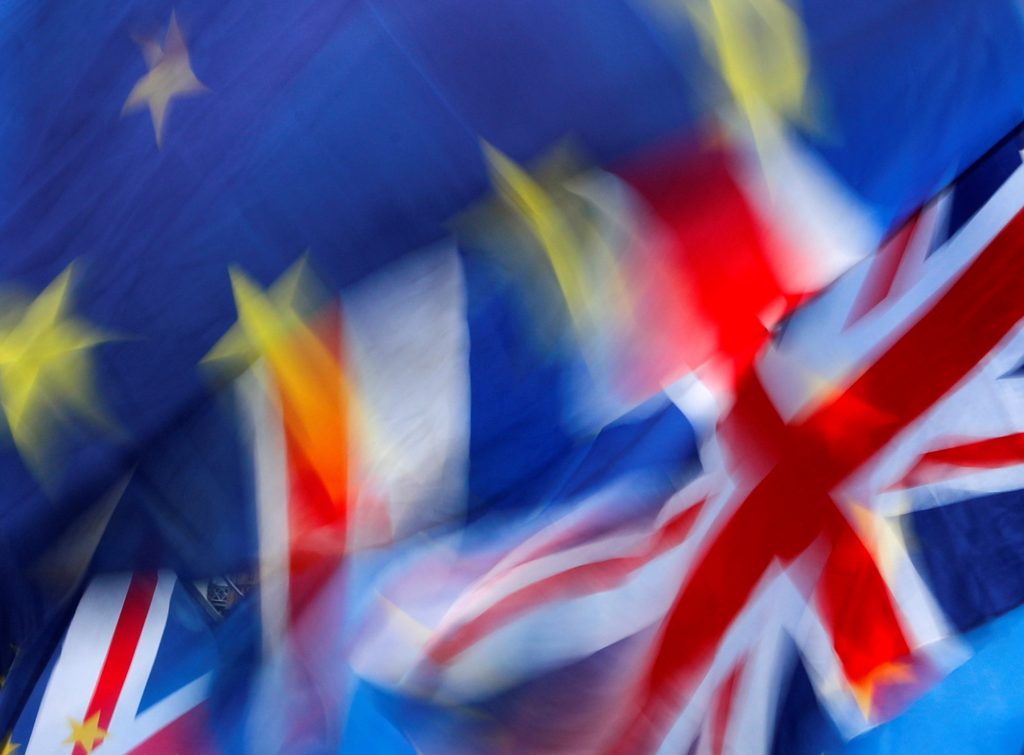 The pound fell toward $1.32 on Monday as Prime Minister Theresa May tried to salvage her Brexit deal by winning over doubtful lawmakers with threats and promises to avoid any move to oust her.

May is expected to hold a third vote on her Brexit deal on Tuesday or Wednesday, after it was heavily defeated twice in rebellions by Eurosceptic Conservative lawmakers and by members of Northern Ireland’s Democratic Unionist party.

If it is approved, she will ask the European Union for a short extension to the March 29 exit date to get everything in place for Brexit. If it doesn’t pass, there is already talk of a fourth vote, though May could have to ask for a longer extension.

She suffered a further setback on Monday when Boris Johnson, the pro-Brexit former foreign secretary, refused to back her agreement unless she secured changes to the Irish backstop — designed to prevent a hard border on the island of Ireland.

Analysts, however, said the pound could enjoy gains this week.

“Should May hold another vote tomorrow that would constitute a signal that she considers it possible that her deal will be accepted,” said Ulrich Leuchtmann, a currency strategist at Commerzbank.

“It should no doubt have a moderately positive effect on the British currency,” he added.

Sterling traders are bracing for further volatility as May tries to convince lawmakers to back her deal so that she can attend a European Summit on Thursday and offer leaders something in return for more time.

The Bank of England is expected to leave its interest rate outlook unchanged at a policy meeting on Thursday due to the deep uncertainty over Brexit.

Money markets currently price in around a 40-percent chance of a rate rise in December.

It has struggled to hold onto last week’s gains as traders contemplate the array of Brexit possibilities that have opened up including a second referendum or general election.

Options markets show implied sterling volatility – a gauge of expected swings in a currency – still elevated, with one-week vols near multi-month highs. Sterling vol is higher than G-10 as well as many emerging currency peers.

“With sterling one-week implied volatility suggesting the currency is coiled like a spring, there is a path for a substantial upside break-out – were a benign path of Brexit events to unfold,” said Chris Turner, head of foreign exchange strategy at ING in London.