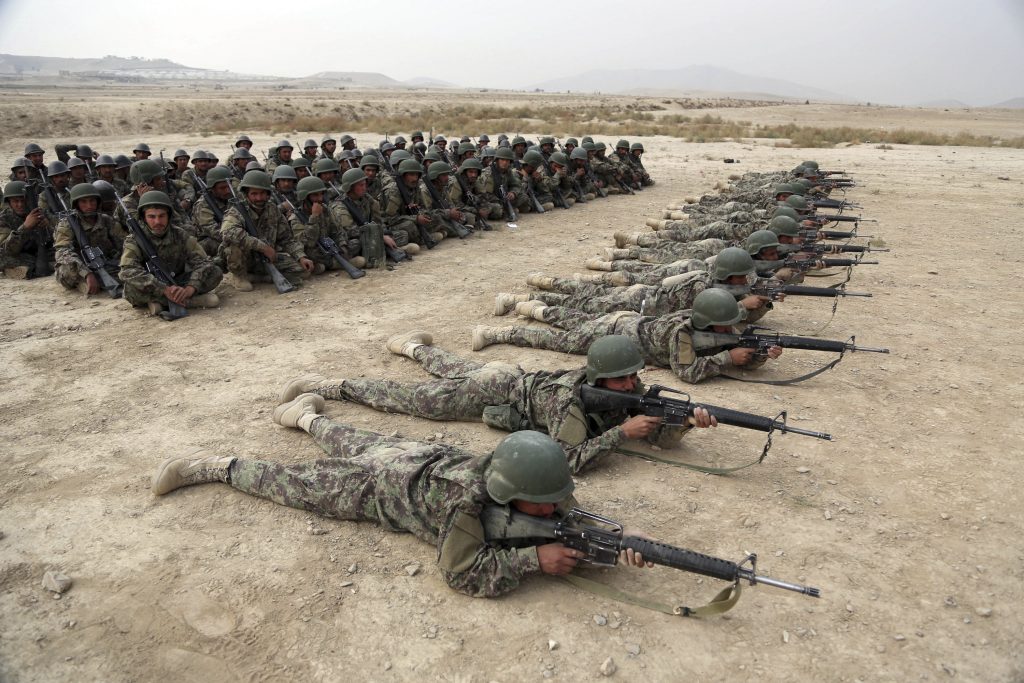 The two battles mark the latest setbacks for the country’s battered security forces, who come under daily attack and have suffered staggering casualties in recent years. The attacks have continued even as the Taliban have been holding direct negotiations with the United States aimed at ending the 17-year war.

Mohammad Tahir Rahmani, head of provincial council in the northern Faryab province, said the insurgents launched the attack late Saturday against checkpoints manned by police and pro-government militias in Qaisar district, setting off a fierce gunbattle that lasted into Sunday morning. The army sent in reinforcements, who were among those killed.

He said another 20 Afghan forces were wounded in the attack.

“The Taliban have gained control of more areas in the district” after stepping up attacks in recent weeks, Rahmani said, adding that troops reinforcements have arrived from the capital.

Provincial police spokesman Karim Yuresh confirmed that a large number of Taliban launched attacks in Faryab, but he could not immediately provide more details.

Last week, around 100 Afghan soldiers in the western Badghis province fled their posts and tried to cross the border during a weeklong battle with the Taliban, officials said Sunday.

Mohammad Naser Nazari, a provincial council member in Badghis, said the soldiers weren’t allowed to cross the border and their fate remains unknown. The Taliban have posted pictures of captured soldiers on social media.

Jamshid Shahabi, the provincial governor’s spokesman, said 16 soldiers have been killed and 20 wounded during the ongoing battle in the Bala Murghab district, in which the military carried out airstrikes and dispatched reinforcements. He said a number of soldiers tried to flee, without providing an exact figure.

Shahabi said more than 40 terrorists were killed in the fighting. He said the provincial police chief and army commander are in the district and instructing the forces to root out insurgents and rescue soldiers. Officials said the fighting had largely subsided by Sunday, with sporadic clashes breaking out in remote areas.

Nazari provided a higher toll, saying 50 soldiers were killed and around 100 others were missing. He said hundreds of local residents have gathered in front of the Badghis governor’s office to express their concerns about security in the province.

He said Bala Murghab is almost completely controlled by the Taliban, with Afghan forces confined to the district headquarters.

In a separate development on Sunday, an Islamic State affiliate claimed the killing of a local journalist in the eastern Khost province. The group did not say why it targeted Sultan Mahmoud Khirkhowa, a reporter with the local Zhman broadcast media and radio, who was killed Friday when two men on a motorcycle opened fire on his vehicle. Another Afghan reporter was wounded in a targeted bombing last week in the southern Helmand province.

Afghanistan is among the most dangerous countries in the world for reporters. The Afghan Journalist Safety Committee reported 121 cases of violence against journalists and media workers in 2018, with 17 killed.