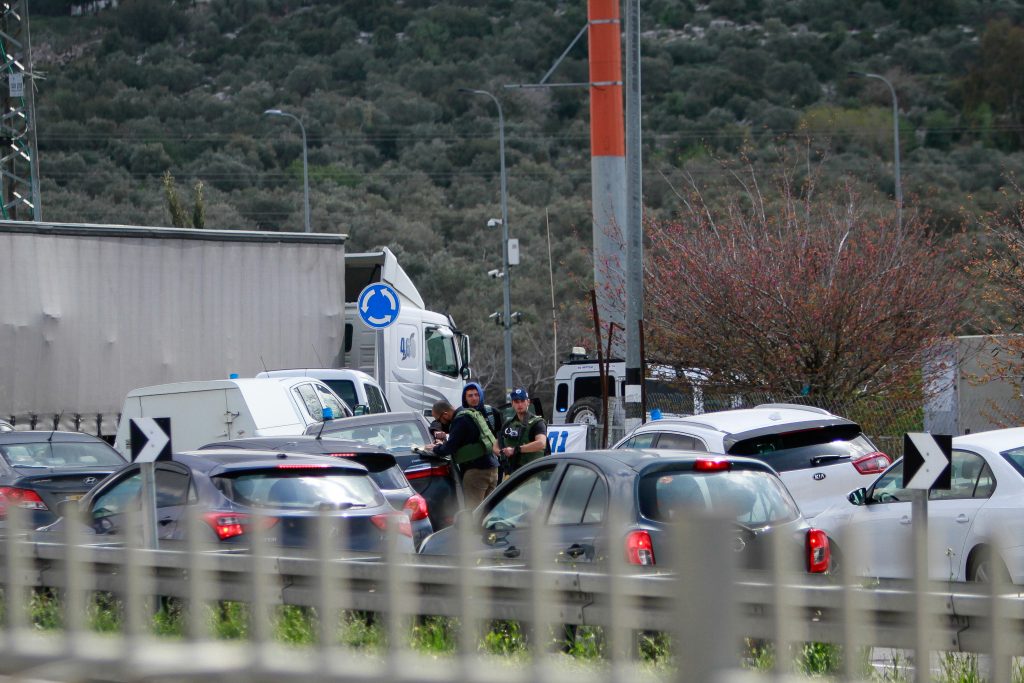 Roadblocks that had brought traffic to a standstill in Yehudah and Shomron were lifted Sunday afternoon, as Palestinian Authority media reported that the IDF had apprehended the terrorists who carried out Sunday morning’s attack near Ariel that led to the death of an Israeli, and the serious injury of two others.

The IDF did not confirm the PA media report, but did send messages to local authorities in Shomron that the roadblocks that had been in place since the attack Sunday morning on Road 5 and Road 55, connecting the Sharon area with western and central Shomron had been lifted. Security teams in towns in the area of Ariel were told they could reopen their security gates, which had been ordered closed earlier. IDF soldiers raided a number of villages Sunday afternoon. Soldiers entered the villages of Marda and Burikin, making arrests and seizing footage from security cameras.

IDF officials said that the initial investigation into the incident indicated that the terrorist had approached Ariel junction from the village of Salfit, located across the road. He stabbed an IDF soldier at the junction and grabbed his weapon, which he used to stop a vehicle. Reports said that the owner of the vehicle attempted to shoot the terrorist, but it was not clear if he succeeded. A soldier who was with the soldier who was stabbed did not open fire on the terrorist, the IDF said Sunday afternoon.

After taking the vehicle, the terrorist drove to the nearby Ginat Aviashar junction, where he shot at Israelis at a bus stop – among them 47-year-old Rabbi Achiad Ettinger of Eli, a father of 12, who was seriously wounded. The terrorist then drove to the entrance of the village of Burikin, where he abandoned the vehicle and escaped on foot, the army said. Channel 12 quoted IDF officials as saying that it was likely that the attack was carried out by a “lone wolf” terrorist who knew the area well, and used that knowledge to hide from the army.

Hamas praised the attack, saying that it had come in response to an Israeli court order to close the Sha’ar Harachamim area on Har HaBayis, which Islamists have in recent weeks attempted to turn into a mosque. Speaking earlier Sunday, Prime Minister Binyamin Netanyahu said that “we are in the midst of pursuit of the terrorists who carried out this attack. I want to strengthen the hand of the IDF, the Shin Bet and the other security forces who are chasing the terrorists. I am sure they will be caught, and we will bring them to justice as we have in other recent attacks.”