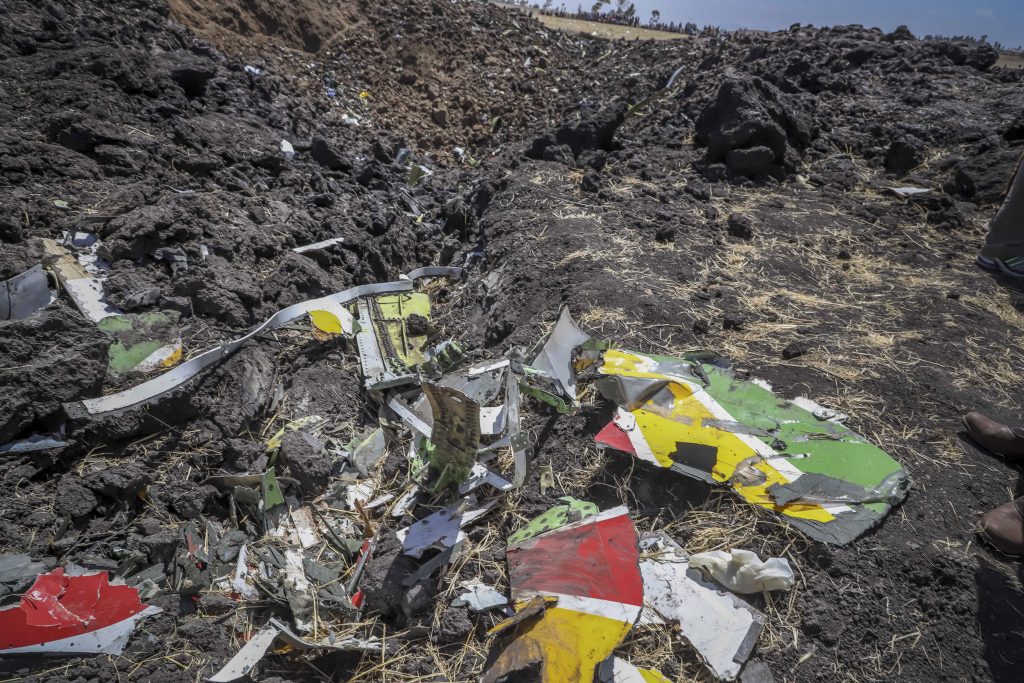 After two days of searching in the area of the crash of Ethiopian Airlines Flight 302, in which two Israelis were among the 157 lives claimed, Zaka officials have found items belonging to crash victims Avi Matzliach, z”l, and Shimon Re’em, z”l. However, authorities in Ethiopia have refused to release the remains of the Israelis to the Zaka officials, who are prepared to bring them home to Israel for kever Yisrael.

Among the items found were a book in Hebrew, in a bag from the Israeli Steimatzky book chain, a parking receipt from the parking lot on the Israel-Jordan border, and a T-shirt with a tag from the Israeli Delta clothing chain. The Zaka officials found other items belonging to other passengers as well, which were handed over to the Ethiopians. With that, the authorities asked the Zaka searchers to leave the area of the crash.

Meanwhile, the Foreign Ministry said Wednesday that it was working to convince the Ethiopians to release the remains of the Israelis to the Zaka volunteers. Speaking to Army Radio Wednesday, Noa Matzliach, the widow of Avi, z”l, said that “the situation is a nightmare. We don’t know how to deal with this, especially since they will not release the remains for burial.

“The Ethiopians have all the remains in a hangar at the airport and they said they intend to keep them there until their investigation is complete,” Matzliach said. “The Foreign Ministry has been trying to help, but I understand the Ethiopians have been very adamant about not releasing the remains. We need Prime Minister Netanyahu to intervene and convince them to release the remains. He should demand that the Zaka volunteers be allowed to entered the hangar immediately.”

The Zaka team, on an official mission to retrieve the remains of the Israelis by order of Netanyahu, has been in Ethiopia since Monday morning. According to Zaka director Yehuda Meshi-Zahav, “the scene is a very difficult one, and the damage is spread out among many kilometers in a hilly area. It is possible that we will be able to identify the remains only through forensic methods, and this may take time.”

There were no survivors reported in the crash of the Ethiopian Airlines flight Sunday morning. The crash occurred shortly after the Boeing 737-8 MAX plane took off from the airport in Addis Ababa, on its way to Kenya. Besides the Israelis, passengers on the plane included Kenyans, Canadians, Chinese, Americans, Ethiopians, Italians, French, British, Egyptians, Indians, Slovakians and others were among the dead, said the airline’s CEO, Tewolde Gebremariam.