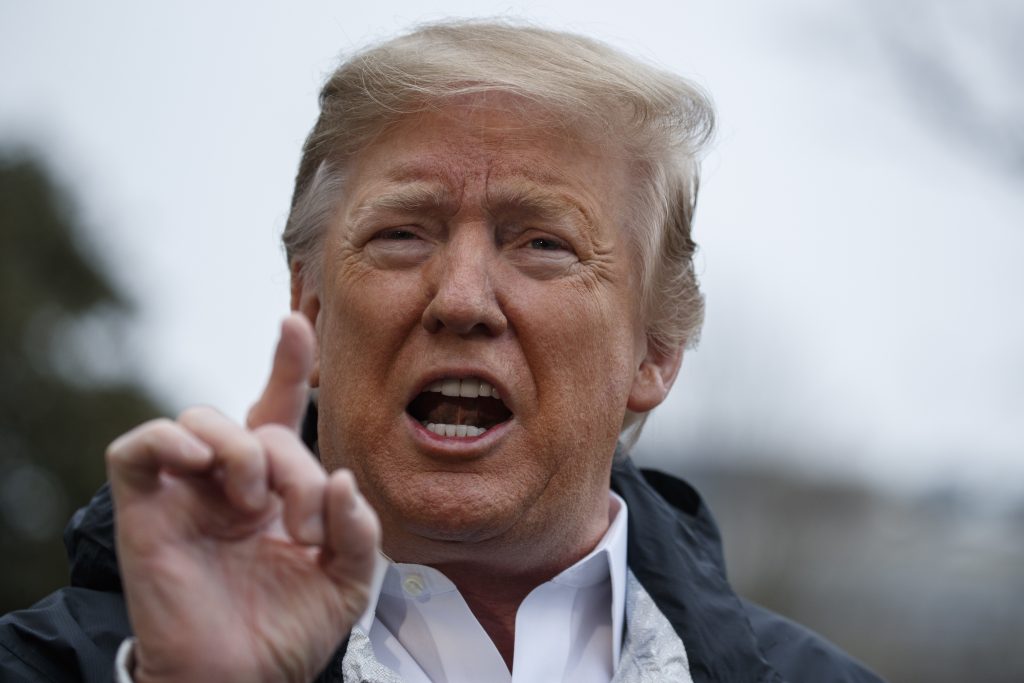 Trump’s former lawyer, Michael Cohen, told Congress in late February that it was common for Trump to overstate his wealth when dealing with the news media or banks and for him to understate it when it came time to pay his taxes.

“New York State and its Governor, Andrew Cuomo, are now proud members of the group of PRESIDENTIAL HARASSERS,” Trump tweeted. “No wonder people are fleeing the State in record numbers. The Witch Hunt continues!”

The subpoenas issued by the attorney general seek loan applications, as well as mortgages, credit lines and other documents related to the Trump International Hotel in Washington, D.C., buildings in Chicago and New York and a golf course in the Miami area.

Both Cuomo and James ran their campaigns last year on the populist agenda of going after the president. A poll last week shows that Cuomo is less popular in the liberal state than Trump is.

Trump has complained that James is waging a politically motivated vendetta against him. Her office is also overseeing a lawsuit against a Trump charitable foundation. James’ predecessors sued Trump over the operations of Trump University, his real estate school.