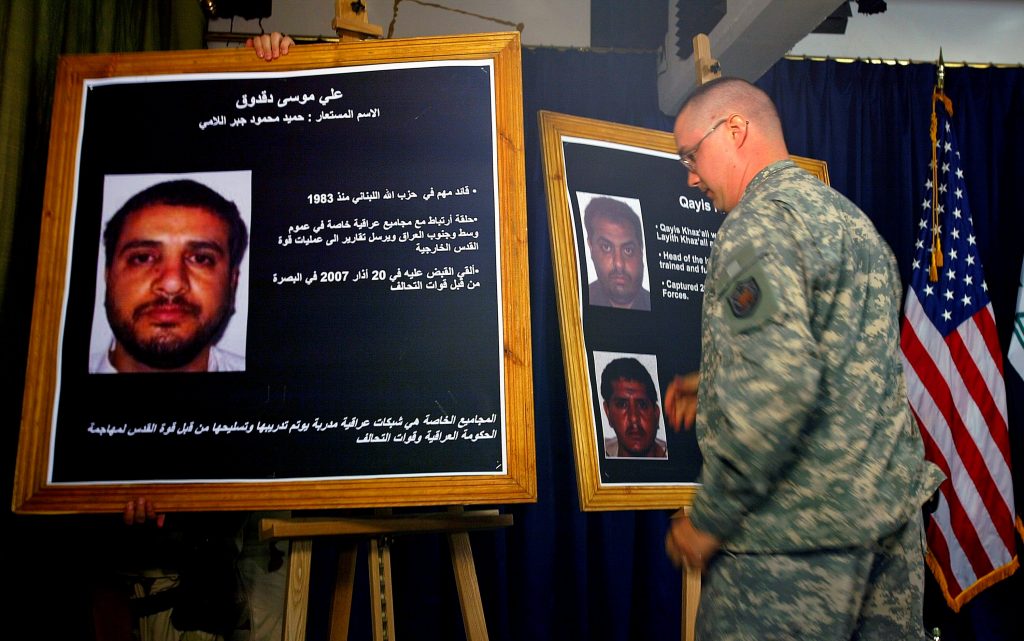 Israel on Wednesday accused a suspected Lebanese Hezbollah operative who was previously held in Iraq over the killing of five U.S. military personnel of now setting up a Syrian terror network for cross-border attacks on Israeli targets.

The accusations against Ali Mussa Daqduq came as Israel seeks U.S. recognition of its claim of sovereignty over parts of the Golan Heights, a strategic plateau on the Syrian frontier, which it captured in a 1967 war and deems a key security buffer.

With Syrian President Bashar al-Assad reasserting control after an eight-year insurgency, Israel has also been lobbying his big-power backer Russia to keep Hezbollah and Damascus’s other Iranian-aligned reinforcements away from the Syrian-held parts of Golan.

Acting Foreign Minister Yisrael Katz was quoted as saying such U.S. recognition would be “an appropriate” response to what he said was increased Hezbollah activity on the Golan.

In statements based on what it described as previously classified intelligence, the IDF said Hezbollah had mobilized “a few operatives, Syrians” as part of a new “terror network on the Syrian Golan Heights aimed at striking Israel.”

The military said it believed Daqduq to be the network’s mastermind.

Daqduq was released from detention in 2012 in Iraq, where he had been accused by the United States of orchestrating a 2007 kidnapping that resulted in the killing of five U.S. military personnel.

The United States had handed Daqduq over to Baghdad in 2011 after failing to secure a custody deal ahead of the U.S. military’s withdrawal from Iraq. Washington said it had received Baghdad’s assurances Daqduq would be prosecuted, but he was later cleared by an Iraqi court and repatriated to Lebanon.

There was no immediate response to Israel‘s allegations on Wednesday from Hezbollah, Syria or the U.S. and Russian embassies in Israel.

U.S. diplomats have said they are in talks with Israel about its request to recognize its sovereignty on the Golan, a status that has yet to win any formal endorsement among world powers.

The Mako news site quoted Katz as saying that such recognition by the United States would be “an appropriate and required response” to the allegations about Hezbollah’s activity on the Syrian Golan.

“I hope that this will soon happen, during the prime minister’s upcoming visit to Washington,” Katz was quoted as saying. Prime Minister Binyamin Netanyahu is due to address the pro-Israel lobby group AIPAC in the U.S. capital in late March.

In the past, Russia has spoken in favor of other foreign forces leaving Syria, though it plans to keep a garrison there.

Israel has carried out scores of airstrikes against suspected Iranian targets on Syrian Golan and further into the country, and threatened to continue such operations as required.