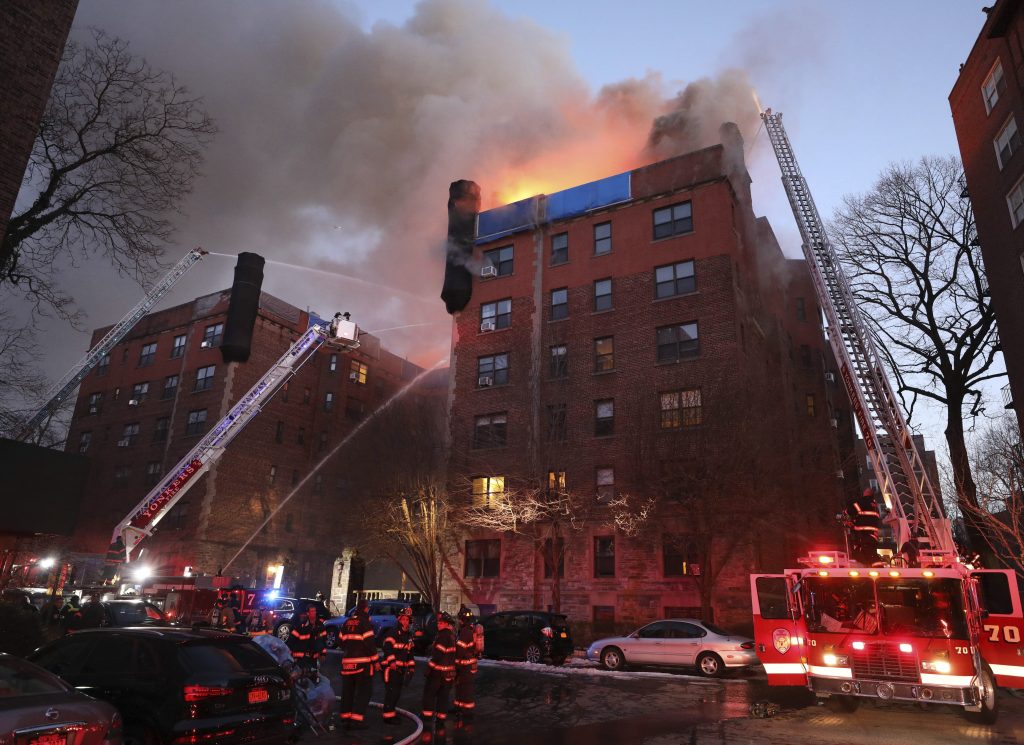 The Journal News says the fire in the six-story building was under control by 6 a.m. Wednesday. It had erupted at the top of the building at around 6 p.m. Tuesday.

A heavy cloud of smoke was visible from several lower Westchester County communities and parts of the Bronx.

Some firefighters were treated for minor injuries. Three cats were rescued, including one that was revived and kept in an oxygen tent overnight; its owner was eventually located.

The cause was under investigation.