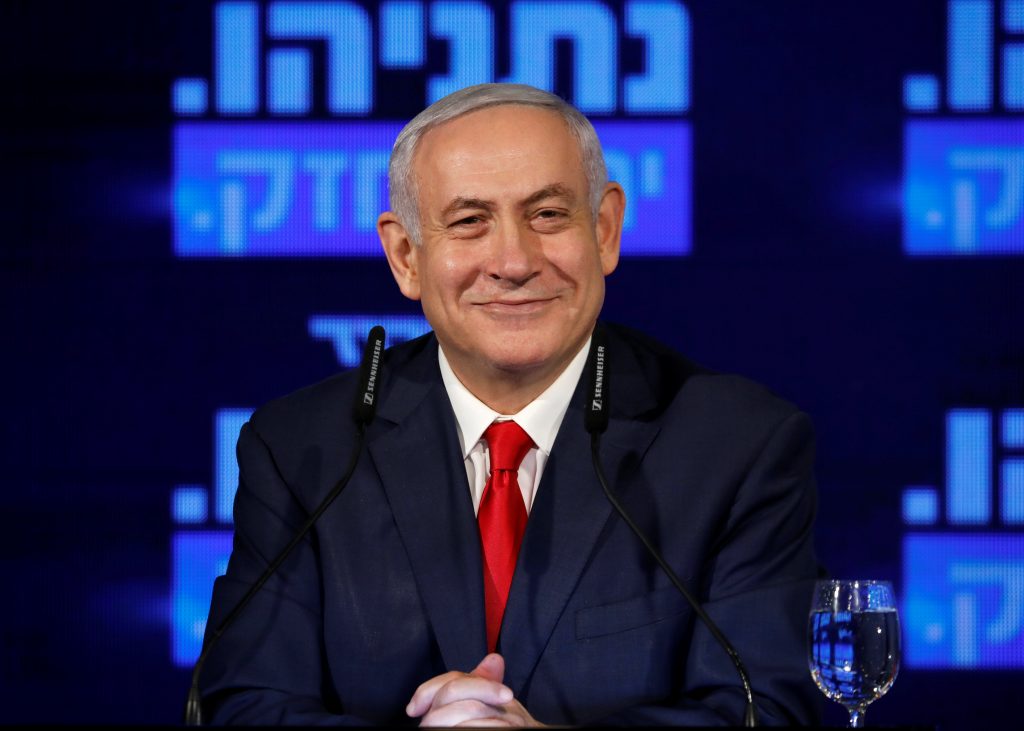 The decision to indict Israeli Prime Minister Binyamin Netanyahu on corruption charges has failed to knock him off the top of the list of candidates to lead the country, according to the latest poll.

Forty percent of Israelis still rate Netanyahu as the person they “prefer as prime minister,” with Benny Gantz next at 34 percent, according to a Channel 12 news poll. The gap is less than in prior polls, but shows that he has not lost public confidence in his ability to run the country.

Regarding the parties, Blue and White maintained its recently acquired lead over Likud, winning 36 mandates to Likud’s 30, if voting was held today, the poll said.

According to the data, Yisrael Beytenu, Gesher, Zehut and Yahad would all fail to win enough votes to meet the electoral threshold for sending representatives to the Knesset.

Asked whom they expect to actually form the next government, Netanyahu’s presumed advantage becomes clear: 55 percent of respondents say they expect him to do so, while only 23 percent thought Gantz would emerge as the next prime minister.