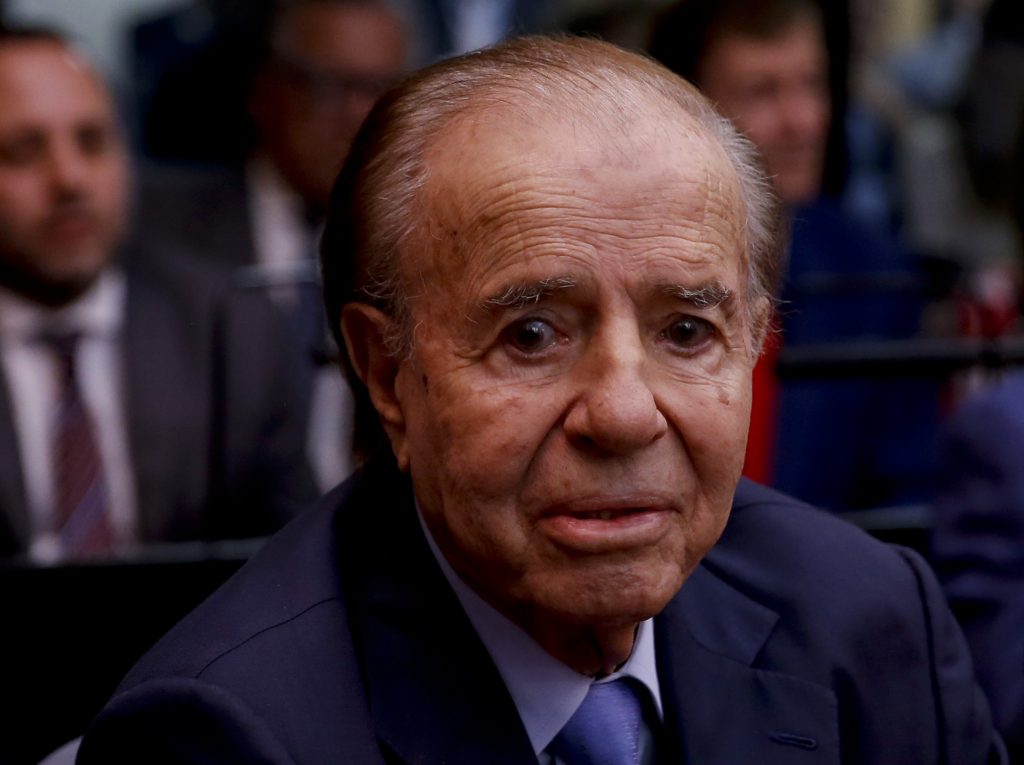 A court absolved former President Carlos Menem on Thursday of charges he tried to interfere with the investigation into Argentina’s deadliest terrorist incident — the bombing of a Jewish center in 1994 that killed 85 people.

A dozen other people also were acquitted of that charge.

The ruling by the three-judge panel came in a trial ordered in August 2015 on allegations that Menem and other officials tried to divert attention in the bombing investigation away from a Syrian businessman who was a Menem family friend.

“In these three years there was not a single element that could justify an illicit act on the part of the former president,” Menem’s lawyer, Omar Daer, told reporters after the sentence was delivered. “He feels relieved.”

A group of relatives of victims of the bombing at the Argentine Israelite Mutual Association criticized the finding.

“It is more than clear, and the evidence proves it, that the Menem government knew that the attack would happen and did absolutely nothing to avoid it, much less to clarify it,” said the group, Active Memory. “He is and will be one of the principals responsible for impunity in the AMIA case.”

Menem was president from 1989 to 1999 and is now 88 years old. Even if convicted, he likely would have avoided prison due to his legal protections as a senator.

Nobody has been convicted of the truck bombing, though prosecutors have implicated several former Iranian officials in the attack. Iran’s government denies any involvement in the attack and has refused to turn over those people sought for trial in Argentina.

The bombing investigation was plagued by irregularities, according to a court ruling in 2004. That court acquitted a number of people who had been charged as part of an alleged “local connection” in the attack. The court asked for an investigation into members of the government and judicial system for their roles in the investigation’s problems.

Though acquitted on the interference allegation Thursday, several of Menem’s co-defendants were convicted on other charges.

Among the main ones, former federal judge Juan Jose Galeano, who headed the initial bombing investigation, was found guilty of embezzlement and malfeasance and sentenced to six years in prison.

That finding involved the payment of $400,000 to an auto parts dealer who was accused of supplying the truck used in the attack on the Jewish center. A court found more than a decade ago that the dealer, Carlos Telleldin, was given the money in return for implicating four police officers in the supposed “local connection.”

The money came from Argentina’s intelligence secretariat, which was headed by Hugo Anzorrequy. He was found guilty Thursday on charges of embezzlement and concealment and received a four-year prison sentence.

In addition, former prosecutors Eamon Mullen and Jose Barbaccia were convicted of not fulfilling their duties as public officials and each sentenced to two years.