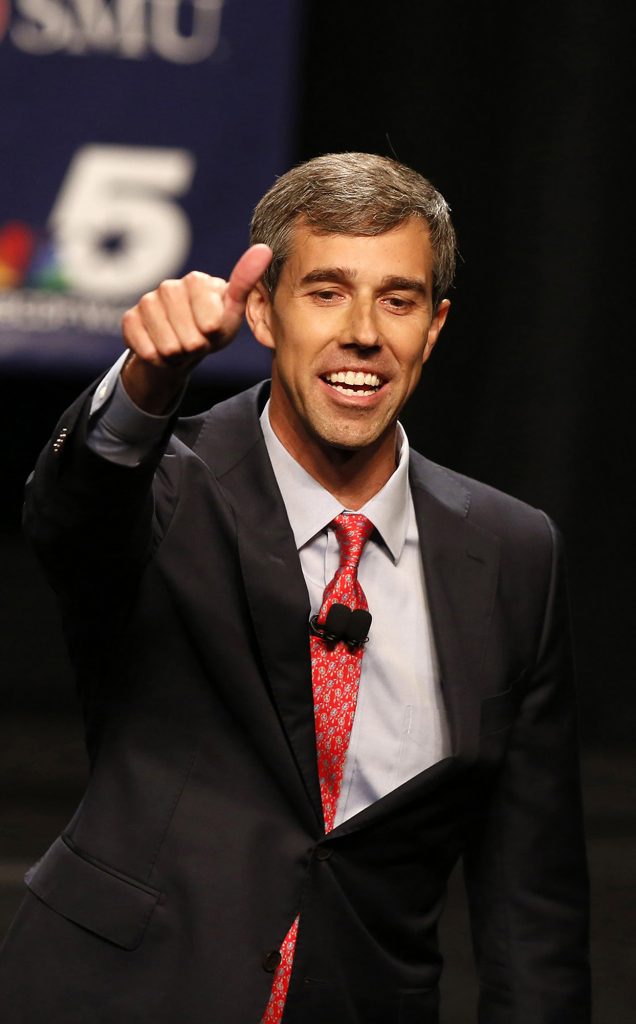 Beto O’Rourke has decided not to run against Republican incumbent John Cornyn for a Texas Senate seat and likely will announce a campaign for president soon, people close to the former El Paso congressman told The Dallas Morning News Wednesday.

Numerous people close to O’Rourke said they expect him to announce his presidential campaign within weeks. For his own part, O’Rourke on Wednesday wouldn’t reveal his future political plans except to say he has made up his mind.

“My wife and I have made a decision about how we can best serve our country,” he said in an exclusive statement to The Dallas Morning News. “We are excited to share it with everyone soon.”

Since his close but historic loss to GOP Sen. Ted Cruz in November, O’Rourke has been weighing how to “best serve the country.” His political options have been to run for president, or against Cornyn.

Should he jump into the presidential race, O’Rourke would join a large Democratic Party primary field. He’s behind much of the field in fundraising, developing an organization and getting in front of voters.

But since then candidates including Sen. Kamala Harris of California have risen in the polls and appear to be getting traction in early battleground states like Iowa.

“It seems like his star was fading,” said University of Iowa political scientist Tim Hagle. “That would be because he’s not in the news.”

Hagle said O’Rourke still had time to make inroads in the contest.

“I don’t know that O’Rourke has missed his opportunity, but he does need to get in the race,” he said.

Dallas County Judge Clay Jenkins, who said he has helped talk O’Rourke through his decision, said O’Rourke would make a good presidential candidate.

“He has a message that is the right antidote to Donald Trump,” Jenkins said. “He also has the ability to create his own buzz. That message involves bringing people together and solving problems.”

Some Texas Democrats had hoped that O’Rourke would abandon thoughts of running for president and challenge Cornyn instead.

Rep. Eddie Bernice Johnson said this week on “Lone Star Politics” that she recently texted O’Rourke and urged him to run for Senate.

“I would love for him to stay Texas-focused,” Johnson said she told O’Rourke, who texted her back: “I appreciate your friendship.”

Texas Democratic Party Chairman Gilberto Hinojosa has also said O’Rourke’s best fit would be in a Senate race, but respected his desire to explore a run for president.

Cornyn has said Republicans should learn lessons from O’Rourke’s close finish against Cruz, and has already hired staff and been raising money in anticipation of a showdown with O’Rourke.

“We’re all waiting with bated breath for Beto to announce his decision,” Cornyn told reporters in a conference call Wednesday. “In all seriousness it makes no difference to me what he decides … or whoever’s nominated by the Democrats for the Senate in 2020. No doubt Beto was a phenom in 2018, primarily because he was able to raise $80 million, which is an unprecedented amount of money in a Senate race in Texas.”

Cornyn said he was preparing to run against O’Rourke or someone else.

“Whoever decides to run for president, let ’em have it, and if they want to run for Senate, we’ll be ready,” Cornyn told Texas reporters earlier Wednesday on a weekly call.

For weeks now, O’Rourke has been leaning toward a national campaign.

On Feb. 5, he discussed his future with Oprah Winfrey, telling her that he has “been thinking about running for president.”

“We want to play as great a role as possible making sure that this country lives up to our expectations, to the promise, to the potential that we all know her to have,” he told Winfrey in front of an audience in New York City’s Times Square.