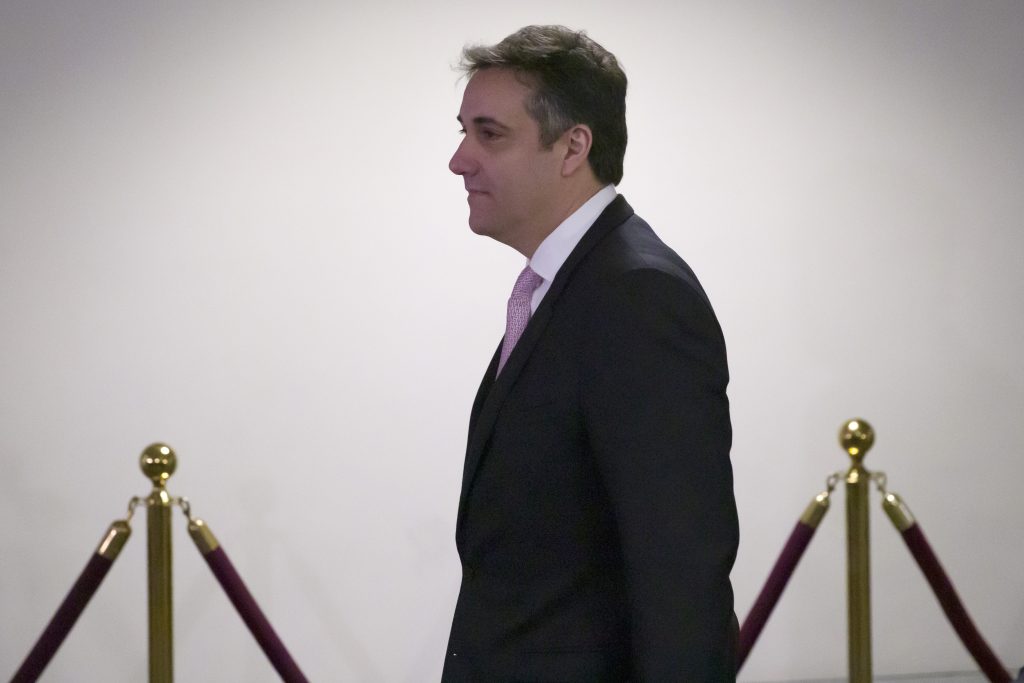 Michael Cohen was officially disbarred on Tuesday while he was in Washington giving closed-door testimony to the Senate intelligence committee.

A New York court ruled that Cohen’s guilty plea last November automatically stripped him of his eligibility to practice law.

A spokeswoman for Cohen did not immediately respond to a message seeking comment.

Cohen pleaded guilty to lying to the House and Senate intelligence committees and to campaign finance violations for his involvement in payments for allegations against Trump. Cohen is due to start a three-year prison sentence in May.

Cohen had been practicing law in New York since 1992.