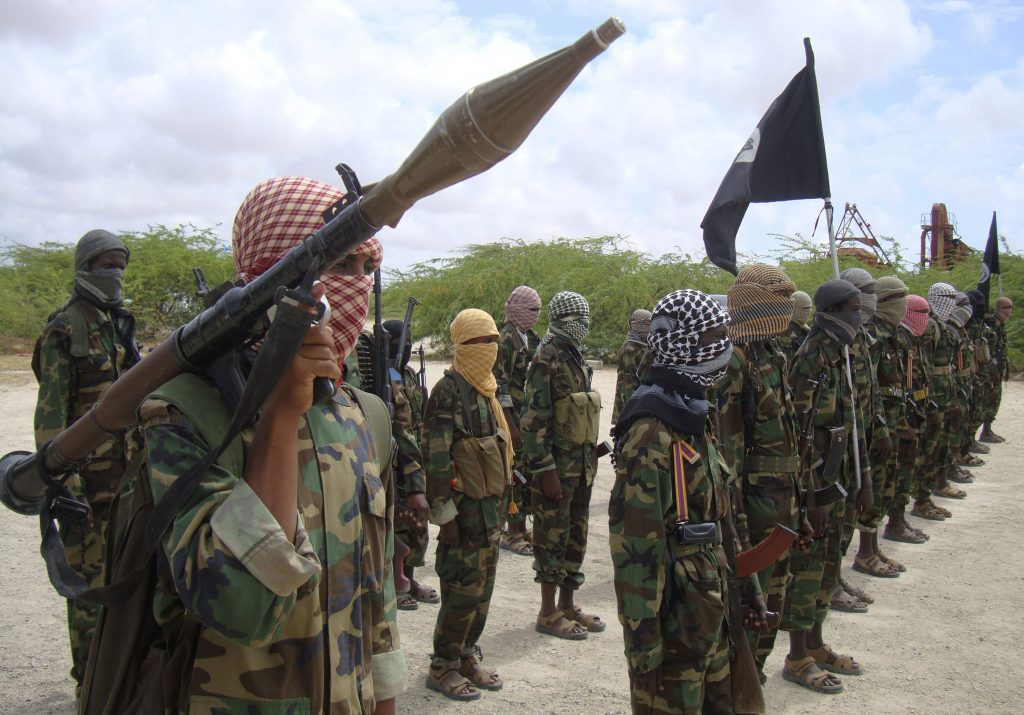 The United States military said Monday that its latest airstrike in Somalia killed 35 fighters with the al-Shabab terrorist group not far from the Ethiopian border.

The U.S. military command for the African continent said Sunday’s airstrike targeted the al-Qaida-linked fighters as they were traveling in a rural area about 23 miles east of Beledweyne in the central Hiran region.

The U.S. has dramatically increased airstrikes against al-Shabab since President Donald Trump took office. The military has carried out 16 such strikes this year, including four on Saturday that eliminated checkpoints used by al-Shabab to collect taxes to fund its violent campaign to establish an Islamic state in the long-chaotic Horn of Africa nation.

The U.S. carried out nearly 50 strikes in Somalia in 2018. A small number of strikes have also targeted fighters pledging allegiance to the Islamic State, who have been warring with al-Shabab in recent months.

Authorities and experts acknowledge that it will take more than airstrikes to defeat al-Shabab, which continues to hold large parts of rural central and southern Somalia and carry out deadly attacks in the capital, Mogadishu.

The group, which claimed the deadly attack on a luxury hotel complex earlier this year in the capital of neighboring Kenya, was also behind the deadliest attack in Somalia’s history, a massive truck bombing that killed well over 500 people in Mogadishu in October 2017.

The U.S. military is just one of several security actors in Somalia, along with a multinational African Union mission and troops from Kenya and Ethiopia.

The U.S. says it acts in coordination with Somalia’s government, whose military is expected to take over primary responsibility for the country’s security over the next few years.

As the AU mission has begun a step-by-step withdrawal of forces, some in the U.S. military and elsewhere have warned that Somali forces are not yet prepared.

A United Nations panel of experts monitoring sanctions on Somalia has described troops as largely poorly equipped and underpaid, sometimes selling their weapons or uniforms for a little cash.