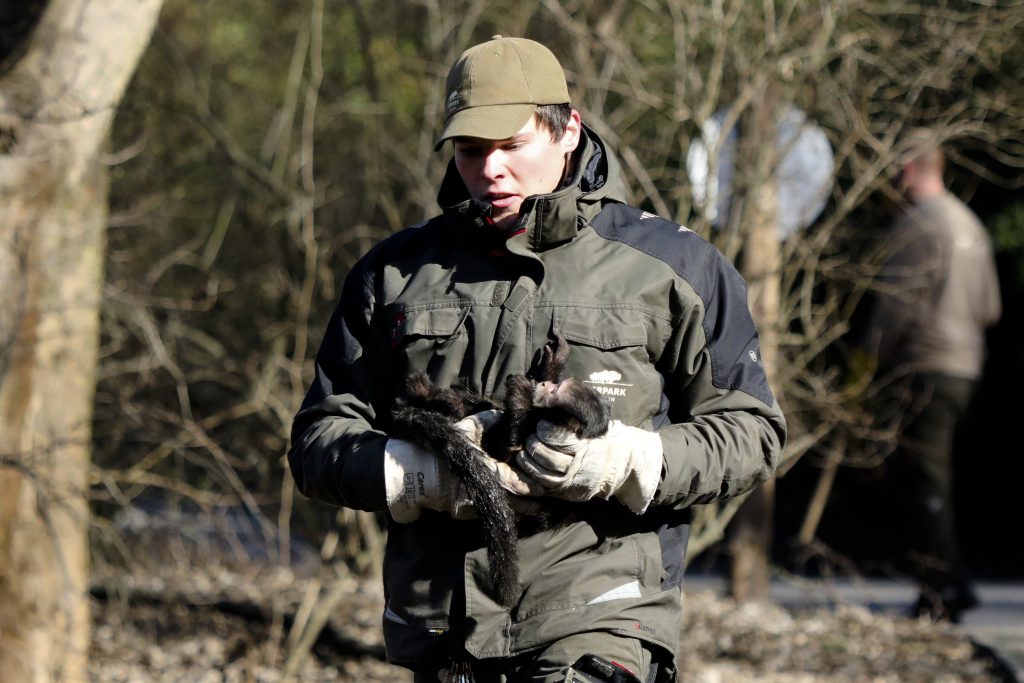 A 17-year-old fugitive monkey has been reunited with her daughter at a Berlin zoo after being caught at a railway station in the German capital.

Both the capuchin monkey and her 6-year-old daughter broke out of their newly redesigned enclosure at the Tierpark Zoo on Thursday.

The younger monkey, 6-year-old Philippa, was picked up near the monkey house on Saturday. The mother, Obi, escaped capture during a search by about 40 zoo employees despite several weekend sightings.

Veterinarian Andreas Pauly said “both monkeys were, of course, somewhat exhausted” after their capture.

The fence around the rabbit-sized animals’ enclosure was being redesigned to prevent future breakouts.