World Hammond: Brexit Deal Could Be Voted on Next Week
World 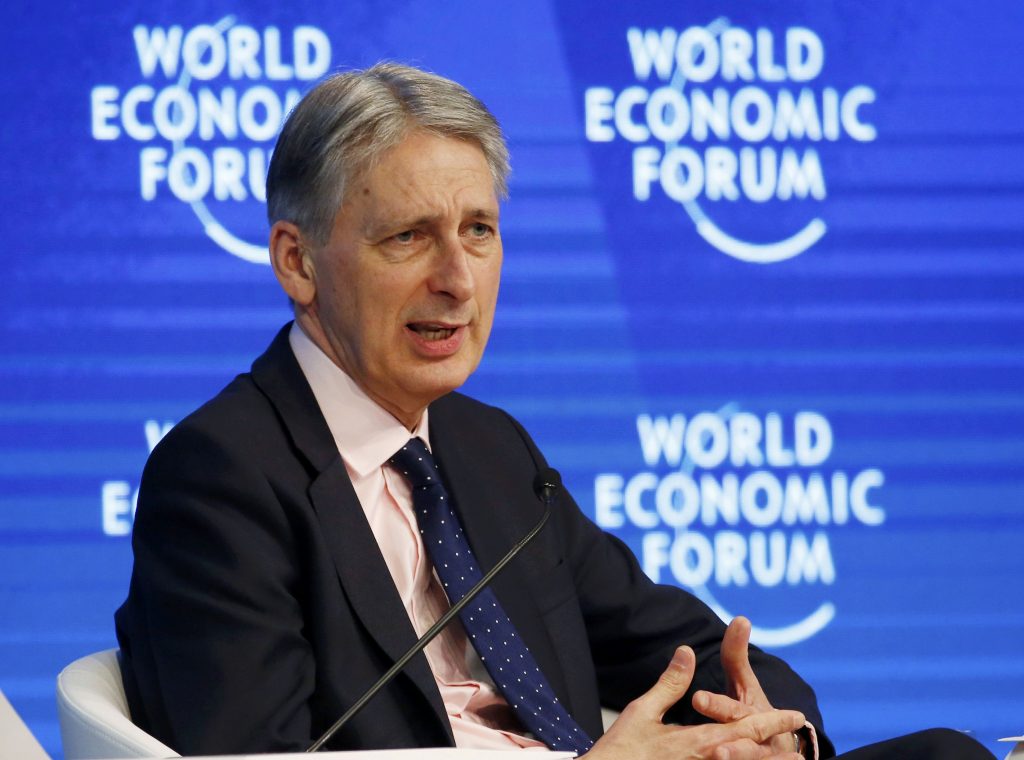 British lawmakers could be given a vote on a revised Brexit deal as soon as next week as negotiators in Brussels scramble to clinch last-minute changes to a divorce accord that would avoid a potentially disorderly exit from the European Union.

Unless Prime Minister Theresa May can get a Brexit deal approved by the British Parliament, then she will have to decide whether to delay Brexit or thrust the world’s fifth largest economy into chaos by leaving without a deal on March 29.

May, once a reluctant supporter of EU membership who won the top job in the political chaos following the 2016 referendum, has promised to give lawmakers a chance to decide what to do about Brexit on Feb. 27 unless she can bring back a deal.

She pressed for “legally binding changes” at talks with European Commission President Jean-Claude Juncker on Wednesday. May wants to prevent the “backstop” policy on the Irish border binding Britain indefinitely to EU rules.

Lawmakers on Jan. 15 voted 432-202 against her deal, the worst defeat in modern British parliamentary history, largely due to the Irish backstop, which is intended to avoid new trouble in Northern Ireland.

With the clock ticking down to March 29, the date set in law for Brexit, the United Kingdom is ensnared in the deepest political crisis in half a century as it grapples with how, or even whether, to exit the European project that it joined in 1973.

“They were good and constructive talks yesterday,” Hammond said, adding that the two sides were talking about giving some guarantees that the Irish border backstop could only be a “temporary arrangement.”

“That is a word that hasn’t been used before and I think that is significant,” he said. “Both sides have acknowledged that the political declaration could be expanded, for example, to address concerns that have been expressed in some parts of the House of Commons about workers rights.”

People close to the negotiations say discussions have been focusing on what May and Juncker in a joint statement called “appropriate legal assurance to both sides.”

Brexit Minister Steve Barclay will be back in Brussels on Thursday, along with Attorney General Geoffrey Cox.

Ever since Britain voted by 52-48 percent to leave the EU in a referendum in June 2016, the political class has been debating how to leave the European project forged by France and Germany after the devastation of World War Two.

While the country is divided over EU membership, most agree it is at a crossroads and that its choices over Brexit will shape the prosperity of future generations.

Investors and many company chiefs are worried that leaving without a deal will shatter Britain’s reputation as a stable destination for investment and slowly weaken London’s position as a global capital.

Some senior British ministers have warned May she must agree to delay Brexit if there is no divorce deal or face a rebellion in Parliament next week, the Sun newspaper reported.

When asked directly if Hammond would leave the government if May decided to leave without a deal, he said: “All I am going to say to you is I always do what I believe is in the best interest of the country.”

Asked if it was in the best interests of the country to go to a no deal, he said: “No, definitely not.”