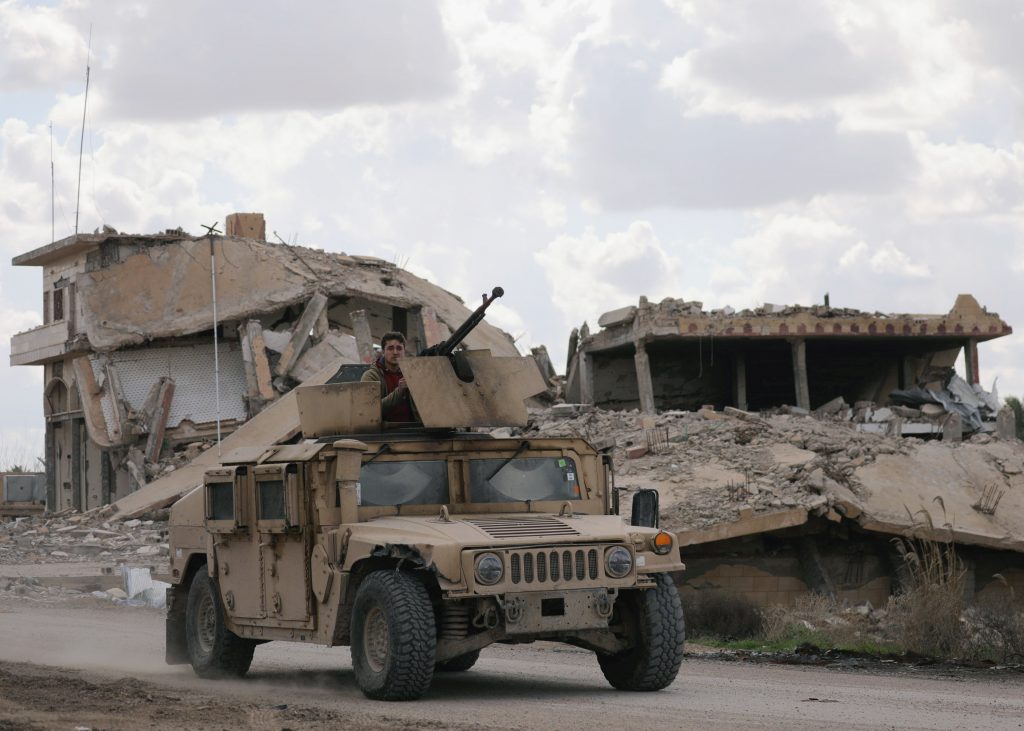 The Islamic State has stepped up terror attacks against U.S.-backed fighters in eastern Syria, pointing to the threat the terrorists will pose even after they lose their last enclave there, the Syrian Democratic Forces (SDF) said on Tuesday.

The U.S.-backed SDF is on the brink of defeating Islamic State (IS) in its last pocket in eastern Syria, the village of Baghouz, where it estimates a few hundred Islamic State terrorists and about 2,000 civilians are under siege.

Islamic State terrorists have intensified attacks away from the last frontline in recent days, Mustafa Bali, head of the SDF media office, said.

Islamic State launched two of the attacks three days ago in the village of Dhiban, 56 miles north of Baghouz.

In the first attack, an ambush, two SDF fighters and a terrorist were killed. In the second, carried out that evening by a group of foreign terrorists, the SDF killed three terrorists and captured two, Bali said.

“Sleeper cells are on the move on a daily basis,” Bali said.

“The organization (IS) is working on security operations in an intensive way … It is still strong, ending its military presence does not at all mean the elimination of Daesh (IS),” he said.

Islamic State redrew the map of the Middle East in 2014 when it declared a caliphate across large areas of Syria and Iraq. But the group steadily lost ground and its two main prizes – the Syrian city of Raqqa and Iraq’s Mosul – fell in 2017.

Spearheaded by the Kurdish YPG militia, the SDF has been the main U.S. partner in Syria and has driven Islamic State out of swathes of the north and east over the last four years.

After capturing Raqqa, the SDF advanced south into Deir al-Zor province, attacking the jihadists in territory on the eastern bank of the Euphrates River.

Islamic State still has some territory west of the Euphrates in a remote area otherwise controlled by the Syrian government and its allies.

SDF commander Mazloum Kobani has called for some international forces to remain in Syria to help fight Islamic State and expressed hope that the United States would halt plans for a total pullout.

President Donald Trump’s withdrawal order has been criticized by allies at home and abroad.