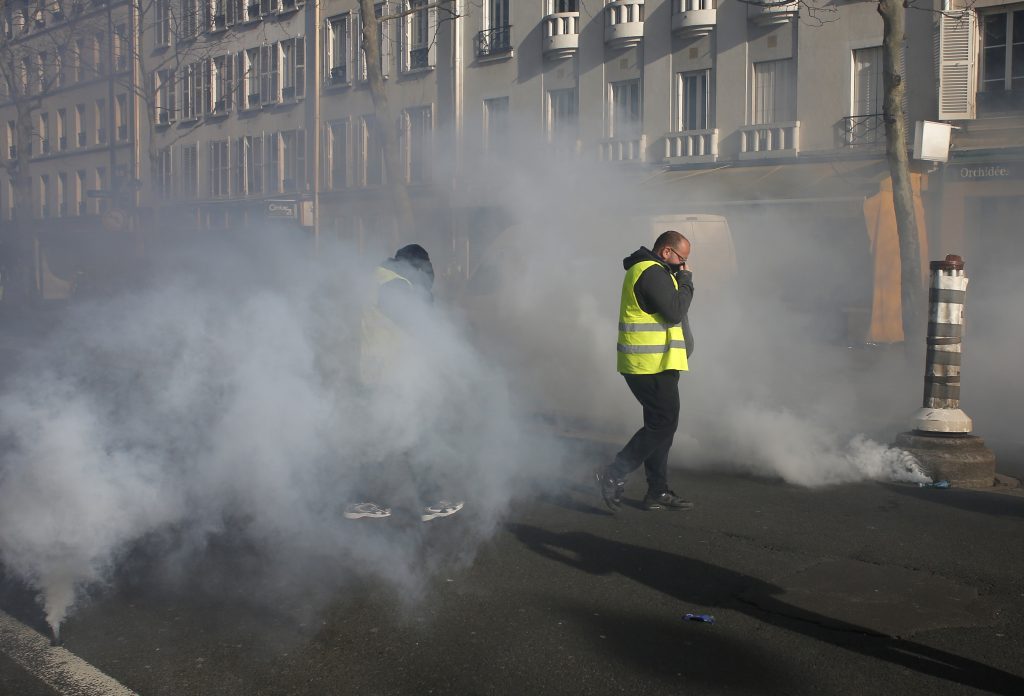 A Paris court said on Sunday it had begun an investigation into anti-Semitic insults hurled at French philosopher and intellectual Alain Finkielkraut on the sidelines of Saturday’s “yellow vests” protest.

A video on several French media channels showed Finkielkraut being accosted by several protesters, with the words and threats like “dirty Zionists,” “We are in France,” and other derogatory terms heard aimed at him.

The “yellow vests” demonstrations, named after the protesters’ high-visibility jackets, began in November over fuel taxes but have morphed into a more general revolt against politicians and a government they see as out of touch.

Finkielkraut told Le Parisien newspaper that he came across a group of protesters and approached them out of curiosity. He said he heard some of the insults, including one telling him to throw himself into a canal. He said he does not plan to file a complaint.

French President Emmanuel Macron and others from across the political spectrum condemned the attack.

“The anti-Semitic insults he has been subjected to are the absolute negation of who we are and what makes us a great nation. We will not tolerate them,” Macron said on Twitter.

The French government said on Tuesday that anti-Semitic acts in France rose 74 percent in 2018 compared with the previous year. In a separate incident last week, swastikas were sprayed on portraits of the late French politician and Holocaust survivor Simone Veil in Paris.