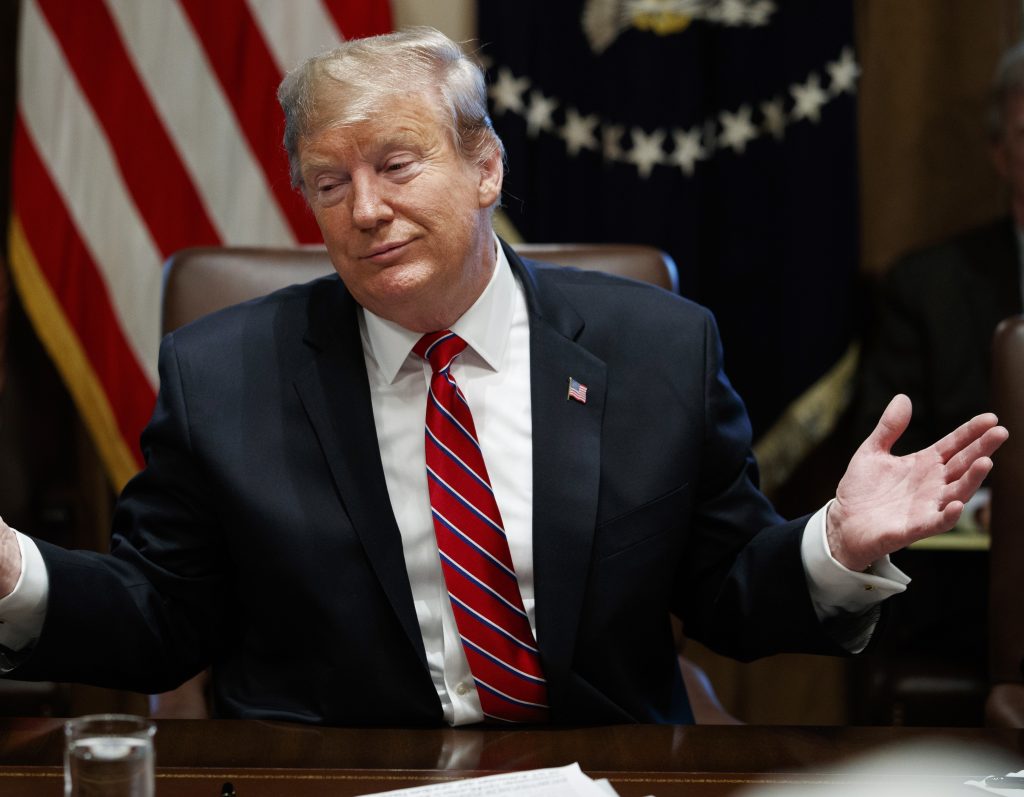 President Donald Trump said Tuesday that he might let a March 2 deadline slide in trade talks with China if the two countries get close to a deal.

The U.S. is scheduled to raise import taxes on $200 billion worth of Chinese goods March 2 if the U.S. and China can’t resolve their differences.

Trump said he’s not inclined to extend the deadline, but he might let it “slide for a little while” if talks go well. Earlier, the White House had called March 2 a “hard deadline.”

The world’s two biggest economies are locked in a dispute over U.S. charges that China steals U.S. technology and forces American companies to turn over trade secrets in exchange for access to the Chinese markets. The tactics are alleged to be part of China’s push to challenge U.S. technological dominance.

Trump again said he and Chinese President Xi Jinping would have to meet to work out a final deal. “At some point, I expect to meet with President Xi, who I have a lot of respect for and like a lot, and make the parts of the deal that the group is unable to make,” he said. “That’s the way deals happen.”

The U.S. has slapped tariffs on $250 billion in Chinese imports and has threatened to raise tariffs 80 percent of those March 2. China has punched back with tariffs on $110 billion in U.S. products. The dispute has rattled financial markets and darkened the outlook for the world economy.

But stocks rallied Tuesday on hopes the two countries would find a resolution. The Dow Jones industrial average was up more than 384 points, or 1.5 percent, in mid-afternoon trading Tuesday.