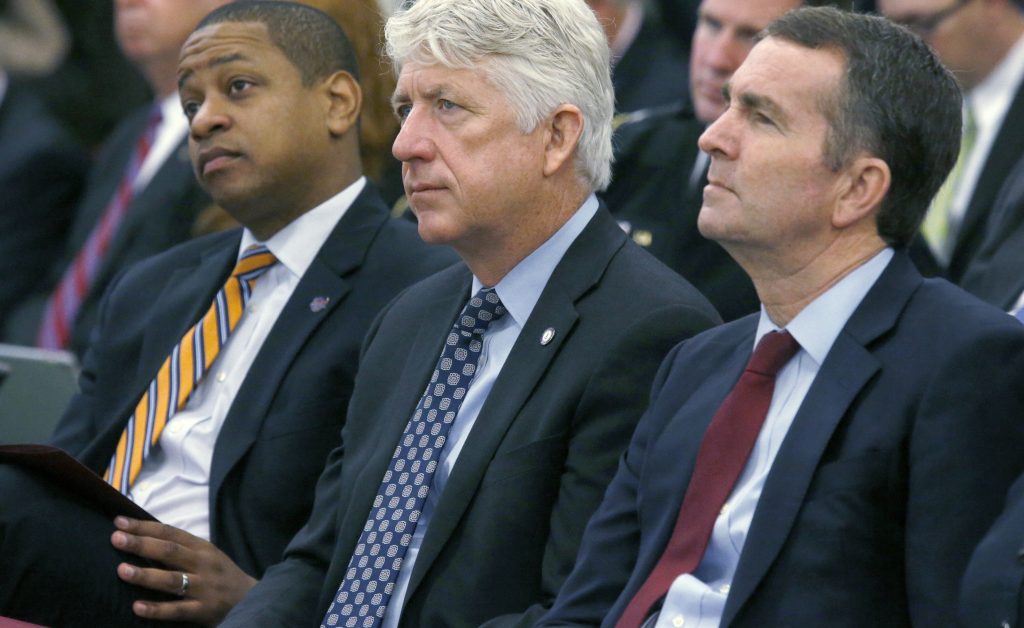 Eva Siakam’s choice to campaign for Ralph Northam in 2017 was a simple one: He was a Democrat and endorsed by Barack Obama, America’s first black president.

But sitting in a stylist’s chair at Supreme Hair Styling Boutique in Richmond on Friday, she shook her head in disgust when asked about revelations that Northam wore blackface 35 years ago.

“I really believed in him,” said Siakam, a 28-year-old student. “To find out that he dressed up in blackface is disappointing. He’s shown his disdain for black people.”

Black voters who factored prominently in the 2017 election that helped Northam become Virginia governor are feeling betrayed over the scandals that have engulfed the state over the past week, leaving them with a less-than-ideal set of choices at the top of the Democratic Party: a governor and attorney general who wore blackface and a lieutenant governor who stands accused of assault. The next person in line for governor is a conservative Republican.

Many are struggling to come to grips with a list of nagging questions: Do they forgive the Democrats, keep Republicans out of power and demand the governor get serious about racism? Should Northam step down and hand the office to African-American Lt. Gov. Justin Fairfax, who faces misconduct allegations? Or should all three of them walk away and let principle prevail, even if the other party takes charge?

The dilemma was being weighed in black barber shops, salons, restaurants and living rooms and in activist and political circles across the state in the midst of a still-unfolding reckoning around race and scandal in the Old Dominion.

“We don’t even know where to take the conversation from here,” community organizer Chelsea Wise said at a meeting of Democrats in Richmond on Thursday. “Do we want to address all of them, or are we just sticking with Ralph right now? The fact that it’s all of our top leadership shows that we need to take a hard look at the Virginia Democratic Party as well.”

As of Friday night, Northam informed his Cabinet that he was determined to stay in office, Herring remained in a wait-and-see posture, and Fairfax had denied a second accusation of misconduct. Northam is vowing to start an honest conversation on race to begin to heal Virginia’s lingering racial legacy.

Siakam said she thinks Northam should resign, but said the conversation must now turn to the larger impacts of racism on communities of color.

“There’s nothing you can do for us to forget, but we should focus more now on structural racism,” she said.

African-Americans, who make up 20 percent of Virginia voters, overwhelmingly supported the commonwealth’s top three Democrats in 2017, in large part as a repudiation of what they saw as the racist rhetoric and policies prevalent in the 2016 presidential campaign and the white supremacist rally in Charlottesville just months before the election. Both Northam and Herring campaigned heavily in black areas, and were given entree into many communities by local officials, faith leaders, business owners and regular citizens.

Wise said she had reservations about Northam’s commitment to black communities during the election, but supported him anyway and was prepared to hold him accountable amid a racially divided national climate.

Wise said she felt betrayed by Northam’s revelations, particularly because he remained silent about his own past after the events of Charlottesville.

“How in the world did you not come out and do your own truth-telling?” she said. “That makes me recognize that you don’t have the insight and emotional capacity to take on what we need in Virginia at this time.”

Shemicia Bowen campaigned for Democrats up and down the ticket. The 44-year-old Richmond resident said she gasped when she learned the governor had worn blackface 35 years ago. She finds Herring’s revelations were even more alarming because he’s the state’s top lawyer and has to deal with daily decisions affecting black people in the criminal justice system.

Still, Bowen struggles with the way forward for black Virginians. She doesn’t think anyone will step down, and as a loyal Democrat, she’s not sure they should turn over the state to Republicans.

“We can’t just throw the whole ticket away at this point,” said Bowen. “But we have to understand that blackface is a blatant form of disrespect. If an elected official isn’t aware of that, what else are they not aware of? What else do you feel like is not a big deal? How are you able to effectively be a voice for every person?”

Norfolk native Joe Dillard said Northam should resign, and that the allegations against Fairfax should be investigated before discussing what consequences he should face. But the idea of a Republican governor should all three step aside was not unpalatable if it’s the right decision, he said.

“Do I think I should support Democrats to the point where I allow certain things that my great-grandparents would slap me in the face for letting slide? No, I won’t,” Dillard said. “I am not a Democrat before I’m an African-American man. For me, it’s always people over party.”

Dillard and Bowen, both members of a group of young blacks active in Virginia politics, said Northam should immediately allocate at least $20 million to the state’s historically black colleges and universities, which have been underfunded. Dillard also suggested an African-American liaison in the governor’s office, to establish a pipeline for young blacks to rise to meaningful positions in government. Wise is already looking ahead to future cycles, where she feels more black women in leadership would help restore her confidence in the party.

Jim Scurlock, a longtime elections supervisor in Richmond who went to segregated high schools in Roanoke before experiencing the sting of Jim Crow as a young soldier in the Army in 1960, was withholding judgment on Fairfax. And he said given the national political climate and the country’s racist legacy, everyone deserves a second chance.

“Probably many, many more in the General Assembly wore blackface,” Scurlock, 82, said. “Virginia is still a racist state. It hasn’t changed much. And look at the president and all he has done . I haven’t forgiven the president, but he’s still in office, so why should they resign?”