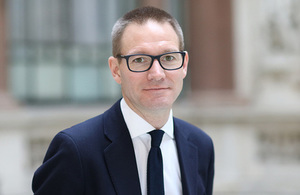 The United Kingdom has appointed a new ambassador to Israel, succeeding David Quarrey, who has been in his post since 2015, the U.K. government said in a statement Thursday.

Neil Wigan, who joined the British Foreign and Commonwealth Office in 2000, will take his diplomatic post in June, replacing current ambassador David Quarrey.

His recent appointments include director of the Africa Directorate and ambassador to Somalia and the Democratic Republic of the Congo.

In a social media post, Wigan said that his first post was in Israel and that he is very pleased to be returning to the country.