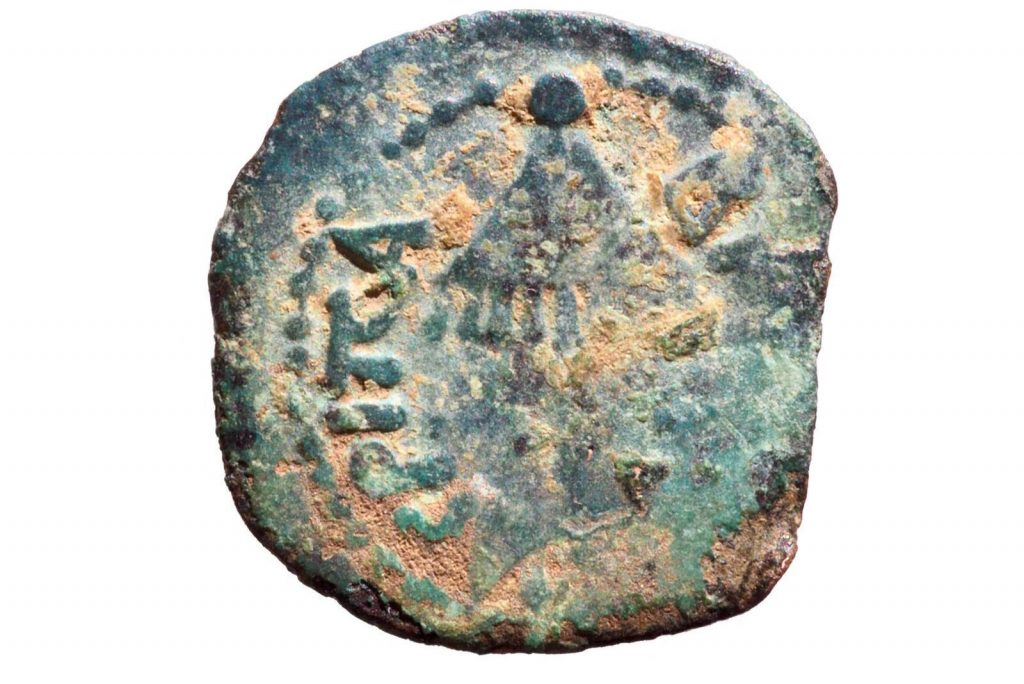 An ancient and rare coin from the time of King Agrippa I and the last days of the Bayis Sheini was discovered at Nahal Shiloh (stream) in the Shomron region.

A student on a school trip at Nahal Shiloh last week found the ancient coin in the eastern part of the stream. The student went to the group’s tour guide, and he contacted the IDF’s Archeology unit at the Civil Administration, who dispatched an inspector to the site to collect the rare discovery.

One side of the coin bares three sheaves of wheat, and the other side has a royal canopy surrounded by the inscription “King Agrippa” minted on it.

“This is a moving find. Every archaeological finding has a story behind it that sheds more light on the history of the Land of Israel and the people of Israel, “said Hanania Hezmi, the IDF officer in charge of the Archeology Staff at the Civil Administration. “These findings complete another part of the puzzle of the history of our people.”

The coin was transferred to the Archaeological Staff Officer in the Civil Administration and will be preserved as part of the state’s treasures.