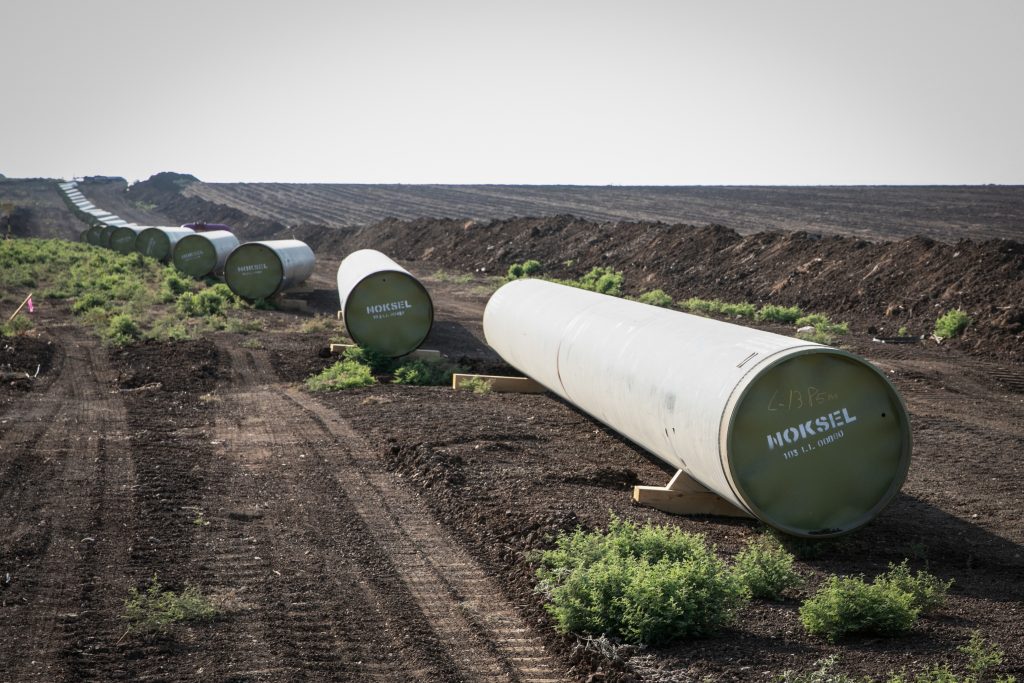 Israel’s Delek Drilling and its U.S. partner, Noble Energy, said Sunday the foundation of their rig for the Leviathan gas field has arrived, in the first stage of an ambitious project they say will wean Israel off coal and revolutionize its economy by turning it into an energy exporter.

The foundation, known as the platform jacket, is being placed about 6 miles off Israel’s Mediterranean coast. It arrived on a 590-foot long barge that sailed for a month from Texas across the Atlantic Ocean. The platform’s jacket, which took 18 months to build, is nearly 330 feet high and weighs 15,500 tons.

The topside of the platform is expected to arrive in the coming months and natural gas from the field is supposed to pump into Israel and its neighboring countries by the end of the year. Israel already has export deals signed with Jordan and Egypt, and it aims to build a pipeline with Greece and Cyprus to carry the gas to Europe.

The Leviathan reservoir was discovered in 2010 some 75 miles off the Israeli coast and, together with the discovery of the smaller Tamar field, ushered in a wave of optimism for a country that used to take an almost perverse pride of thriving without any natural resources. But recently it has come against stiff domestic criticism from environmental and social welfare activists, who say the government has been too generous toward the gas tycoons behind the exploration and that the massive investment in the project has steered away from focusing on renewable energy sources.

Hundreds of activists from the grassroots Homeland Guards group protested the arrival of the jacket over the weekend, pledging to keep up a public campaign and legal challenge aimed at pushing the rig further away from the coast. The group says the already operational Tamar rig, which is placed twice as far away from the coast, has recorded far higher levels of pollution than promised and that placing a rig processing the far greater quantities of gas from Leviathan will spread toxic water and air pollution toward their homes. They warn that a spill on the scope of that caused by the Deepwater Horizon drilling rig in the Gulf of Mexico in 2010 would be catastrophic for Israel.

“We are determined to stop this project and the insane pollution it will create,” said Moshe Barak, one of the group’s leading activists. “They call Leviathan ‘the national project,’ but it is actually ‘the national disaster.’”

Delek, Noble and the Israeli government insist the most stringent safety measures have been put in place and Leviathan will have many environmental upsides. They accuse the critics of waging an irresponsible scare campaign and have pledged to press forward with the project undeterred. But the upcoming Israeli elections have sparked renewed debate, with several major parties vowing to review the arrangements should they come to power.

Labor Party leader Avi Gabbay attended the weekend protest and pledged his support, while Yesh Atid leader Yair Lapid said there have been “essential flaws” in the decision-making process and that he would freeze the project immediately upon taking office.

Netanyahu, a strong supporter of the project, remains far ahead in the polls ahead of the Apr. 9 vote.