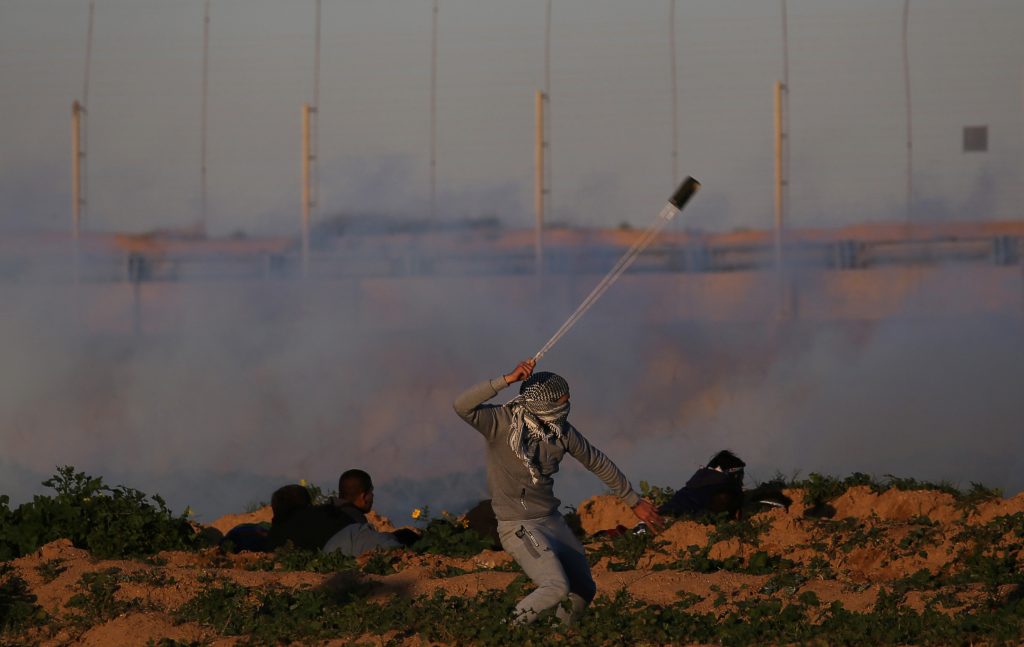 After turning down $15 million in Qatari cash on Thursday, Hamas on Friday is threatening to “immediately retaliate” to “Israeli aggressions” in Gaza, the Lebanese Al-Akhbar newspaper said. Kan News quoted the report as saying that the response would be “greater than the last response” several months ago, when Hamas fired hundreds of rockets at Israel.

The Hamas threat comes after Islamic Jihad threatened Israel on Thursday, promising to increase its terror acts against Israel. Security officials were taking the threat seriously, Kan News reported, and have deployed extra troops along the Gaza border in expectation of mass rioting Friday.

The officials believe that the group – which is heavily funded by Iran – will attempt to “avenge” the Israeli strike on Iranian assets in Syria at the beginning of the week. Security officials on Thursday deployed a number of Iron Dome missile defense systems in the Tel Aviv area, anticipating a rocket attack on central Israel.

The Lebanese newspaper quoted a top Islamic Jihad terrorist as saying that “the region is closer to war than in the past. Israel will not remove its blockade of Gaza as long as we have weapons, and Gaza has to choose between giving up its weapons or going to war. I believe it will choose war.”

Meanwhile, Hamas also had complaints that security officials said could be converted into hostile attacks Friday. Hamas sources told Kan News that it would no longer tolerate a situation where Israel held up the money provided by Qatar for the payment of its terrorists. The $15 million in cash transferred Thursday arrived in Gaza over two weeks late, after Israel held up the payment in response to rocket attacks by the terror group.

Hamas said Friday that it had turned down the $15 million payment Thursday because of “new conditions Israel is trying to impose on us,” a spokesperson for the terror group told a Gaza newspaper Friday. According to the spokesperson, Israel is trying to limit the way Hamas distributes the money, and is encouraging a Qatari suggestion that instead of cash, Hamas be given food and fuel. The terror group is insisting on cash – and is now demanding that it be given a “raise,” from $15 million a month to $22 million.