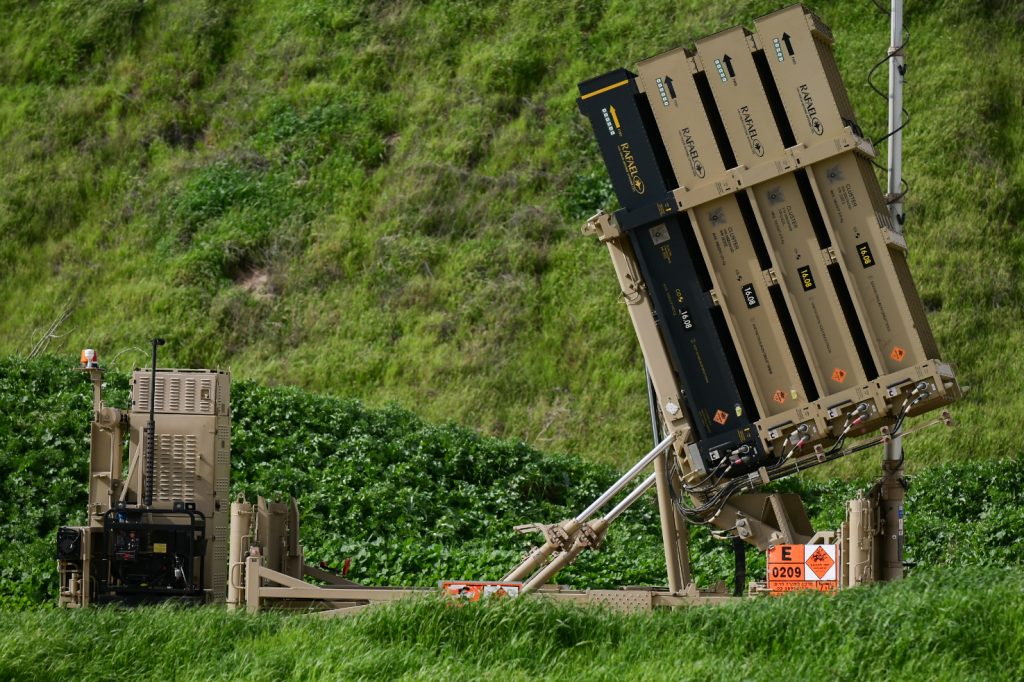 The IDF deployed Iron Dome missile defense systems in central and southern Israel in recent days, amid escalating tensions both in Syria and in the Gaza Strip.

A battery was deployed in the Greater Tel Aviv area, and others were positioned in the south, the IDF said Thursday. The decision was made after the ratcheting up of tensions on both the northern border and in the Gaza region this week. Air-defense forces have also been activated under a Tzav 8 emergency order.

At a ceremony at the Shizafon army base in southern Israel Wednesday, Prime Minister Binyamin Netanyahu said that he was “confident of our ability to defeat the enemy. We are being challenged in the north, the south, to the east, and from long distances. We are prepared to meet these challenges,” with Iran the primary challenge, the prime minister said.

“Iran has declared its intention to destroy us with nuclear weapons, weapons we must interdict. But they are also building up forces in our region, a forward base in Lebanon, with the help of Hezbollah, and a southern front, supported by Hamas and Islamic Jihad. Now they want to set up another front, on the Golan, right on our border. We must fight all these things,” Netanyahu added.

On Wednesday, a top Iranian military official, General Qasem Soleimani, was quoted in Arab media as saying that Iran was considering a missile strike at the Israeli heartland. The report quoted Soleimani as telling Iranian officials that Tehran needed to fire three missiles at Israel for every one Israel fired at Syria, and that he and other Iranian military officials were urging Syria to fire missiles at Israel in response to the Israeli attacks. With Israel admitting it was behind a major attack in the Damascus area Sunday night that targeted Iranian assets, Syria had a right to do so under international law, he told the officials. Retaliation was essential before April – when the Israeli elections are to take place. As part of his campaign for another another term as prime minister, “Netanyahu will continue to raise tensions until he wins the election,” and Iran should try to foil that with an attack on Israel.

The Israeli attack Sunday night targeted Iranian assets, with Israel smashing weapons warehouses, runways and army bases used by the Iranians in the Damascus area. Syrian sources said that four people were killed in the operation, while Syrian dissident groups listed the number as 11, with at least several Iranians among those killed. But a senior Syrian journalist on Monday said that at least a dozen Iranians were killed in the operation. Ziad Halaby, quoted in numerous Arab media outlets, said that “dozens” of coffins were loaded onto an Iranian military transport plane that arrived in Damascus on Monday.