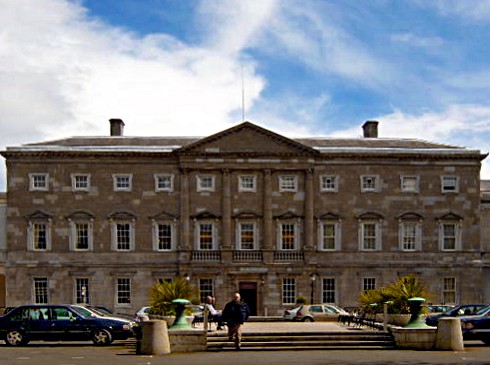 The lower house of the Irish parliament, the Dáil, voted on Thursday to advance a bill to criminalize trade with Israel beyond the Green Line, a decision that was immediately condemned by the Israeli foreign ministry.

The 78-45 vote was only the second of a five-stage process, but if it becomes law it would make Ireland the first European Union country to criminalize commercial activity beyond the 1967 lines, including eastern Yerushalayim and the Golan Heights.

The Israeli foreign ministry denounced the legislation as “pure hostility on the part of its initiators and deserving of full condemnation.”

“It is disturbing and disappointing that the initiators of Irish law focus on a hypocritical attack on Israel, rather than focusing on the dictatorships that slaughter their citizens. This is a clear expression of obsessive discrimination that should be rejected with disgust,” the ministry’s statement said.

The proposed law would impose a fine of up to 250,000 euros or five years in jail for those found guilty of importing or selling any goods or services originating in the Golan Heights, eastern Yerushalayim or Yehudah and Shomron.

Ireland’s Foreign Minister Simon Coveney spoke against the bill during a debate in the Dáil. While pointing to the country’s policy of opposing the Israeli building in Yehudah and Shomron, he said that Ireland has to comply with EU policy.

“Trade is an exclusive competence of the European Union,” Coveney said.

The EU has labeled but not banned Israeli products produced over the pre-1967 lines.

Passage of the bill would put Ireland in breach of EU law and would make it vulnerable to legal action, including monetary fines that could cost Ireland millions of euros, Coveney was quoted by The Jerusalem Post as saying.