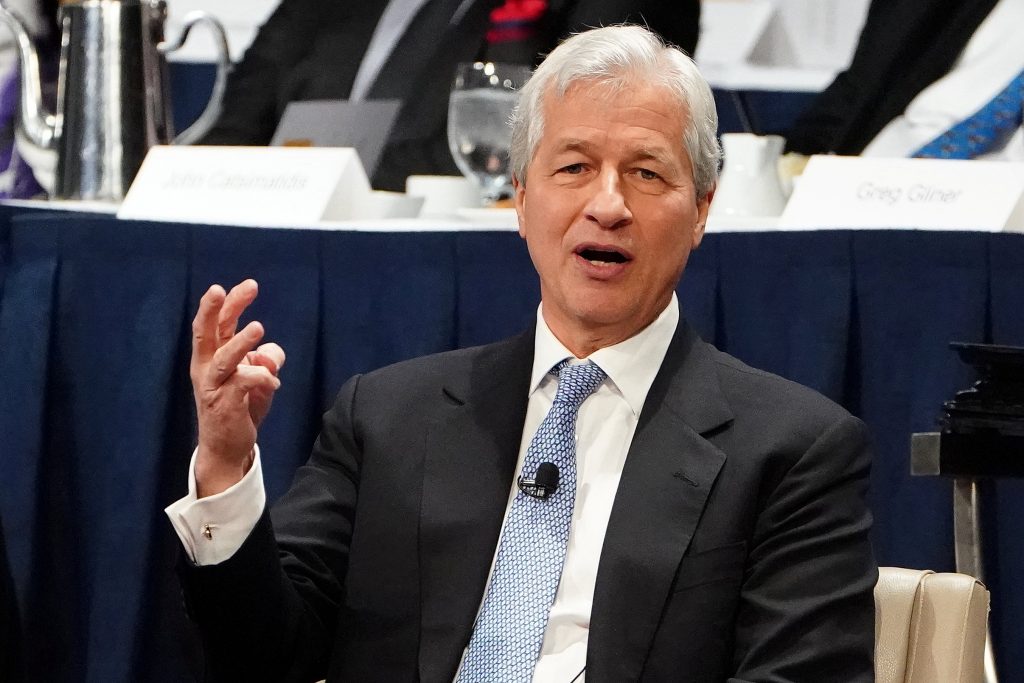 Indebted borrowers increasingly take out high-interest, adjustable-rate loans that are packaged into securities and sold to investors eager for a better rate of return.

Everything’s fine while the economy is growing. But when it slows, those borrowers could default, causing problems to cascade through the financial system.

If this all sounds like the subprime housing market in the boom years before the 2008 financial crisis, you’re right. And that’s what increasingly has regulators, lawmakers, ratings agencies and some market watchers worried.

This time, however, the borrowers in this credit bubble aren’t homeowners taking out mortgages. They’re hundreds of U.S. companies with weaker credit ratings, many of them well-known like Uber and Burger King, taking out so-called leveraged loans.

Those loosely regulated loans often are used to fund corporate deal-making. But those deals, known as leveraged buyouts, can go bad because of the large debt load, as happened with the demise last year of Toys R Us.

Combined, there is about $1.15 trillion in outstanding U.S. leveraged loans — a record that is double the level of five years ago — and those loans increasingly are being made with less protection for lenders and investors.

The risks aren’t nearly as widespread as they were during the housing bubble, when the percentage of all mortgages that were subprime jumped to about 20 percent. Leveraged loans, while growing rapidly, account for less than 5 percent of the more than $42-trillion U.S. fixed income debt market, which also includes corporate and municipal bonds.

Still, the Federal Reserve, the Office of the Comptroller of the Currency, the Bank of England, the International Monetary Fund and the Bank for International Settlements — a consortium of 60 central banks — all have raised concerns recently about the growth of the leveraged loan market and the potential risks to the financial system in an economic slowdown.

Former Federal Reserve Chairwoman Janet L. Yellen went public this fall with her worries about what she called a “huge deterioration” in the standards for those loans, which make it easier for indebted companies to take on more debt.

“If we have a downturn in the economy, there are a lot of firms that will go bankrupt, I think, because of this debt,” she told the Financial Times. “It would probably worsen a downturn.”

Even Jamie Dimon, chief executive of JPMorgan Chase & Co., who last week dismissed concerns that the leveraged loan market represented a potential “systemic risk,” warned that there could be problems for some lenders outside the conventional banking system.

“Someone’s going to get hurt there,” Dimon said on a Tuesday earnings call, referring to leveraged loan losses if a recession hits.

Toys R Us loaded up on leveraged loan debt when it was purchased in a leveraged buyout in 2005 by private equity firms Bain Capital and KKR & Co. and real estate investment trust Vornado Realty Trust. The debt burden led the toy retailer to file for bankruptcy protection in 2017 after it was unable to refinance the debt.

Burger King used a $6.75-billion leveraged loan to help fund its 2014 purchase of Tim Horton’s, the Canadian coffee and doughnut chain. And Uber last year raised $1.5 billion in its second leveraged loan issuance, following a $1.15-billion one in 2017, according to the Wall Street Journal.

Leveraged loans in and of themselves aren’t bad. They are simply a credit instrument employed with companies that already have a lot of debt. And those firms are fairly common.

About two-thirds of U.S. companies have enough debt that independent credit raters have them categorized as a higher risk to repay than companies with so-called “investment-grade” ratings, which makes them off-limits to many institutional investors.

Because those companies with non-investment-grade ratings are highly leveraged, the chances are greater that they won’t pay back a loan. For that reason, the interest rate needs to be higher to offset that risk. The higher interest rate makes the loans desirable to investors seeking a greater return on their money.

The Fed’s benchmark federal funds rate is now at a range between 2.25 percent and 2.5 percent. The yield on 10-year Treasury bills is about 2.8 percent. But yields on leveraged loans can be higher than 10 percent if an investor buys into the riskiest and most speculative segment of the market. Safer leveraged loans can still pay several points higher than a Treasury bill.

In those ways, leveraged loans are similar to the junk bonds that became popular in the 1980s and fueled corporate deals. But there’s an important difference.

Junk bonds — those rated below investment grade by ratings companies — are securities that are traded under the oversight of the Securities and Exchange Commission. Leveraged loans are basically private transactions between lenders and borrowers, so they are not regulated by the SEC.

However, bank regulators do keep tabs on the underwriting standards and outstanding loan totals of banks to make sure if loans go sour, they won’t have to step in and rescue the institutions — which is what happened during the financial crisis — and they are starting to raise flags.

In its semiannual risk report issued last month, the Office of the Comptroller of the Currency, which regulates national banks, said it “remains attentive to the heightened risks in the corporate bond and loan markets, and in particular, the leveraged lending market.”

And in its financial stability report in November, the Fed said that although default rates for leveraged loans remained low, “credit standards for new leveraged loans appear to have deteriorated over the past six months.”

The share of newly issued large loans to companies with high ratios of debt to adjusted earnings “has increased in recent quarters and now exceeds previous peak levels observed in 2007 and 2014 when underwriting quality was notably poor,” the Fed report said.