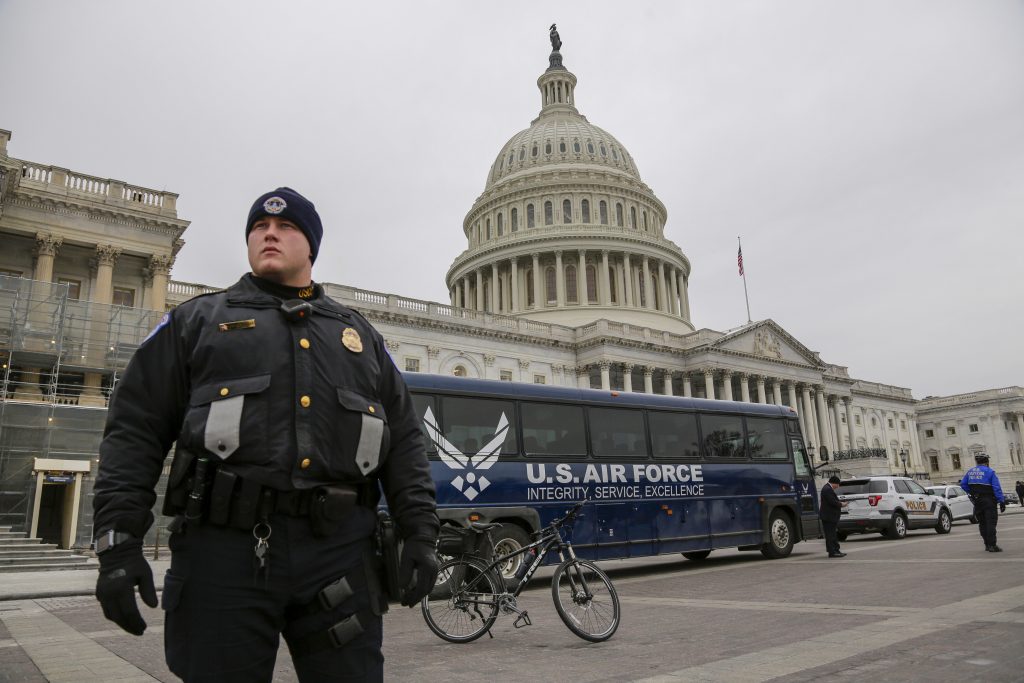 House Speaker Nancy Pelosi on Friday canceled her plans to travel by commercial plane to visit U.S. troops in Afghanistan, saying President Donald Trump had caused a security risk by talking about the trip.

It was the latest twist in what has become a Washington game of brinkmanship between Pelosi and Trump, playing out against the stalled negotiations over how to end the partial government shutdown.

Earlier in the week, Pelosi had asked Trump to reschedule his Jan. 29 State of the Union address, citing security issues at a time when the Homeland Security Department and other agencies remain unfunded.

Trump responded by canceling the military plane that was to have carried Pelosi and a congressional delegation to Afghanistan on the previously undisclosed troop visit. Trump suggested she travel by commercial plane instead.

Trump had belittled the trip as a “public relations event” — even though he had just made a similar war-zone stop — and said it would be best if Pelosi remained in Washington to negotiate to reopen the government.

“Obviously, if you would like to make your journey by flying commercial, that would certainly be your prerogative,” wrote Trump.

On Friday, Pelosi announced that her plan to travel by commercial plane had been “leaked” by the White House.

Spokesman Drew Hammill said Pelosi and accompanying lawmakers were prepared to take a commercial flight but canceled after the State Department warned that publicity over the visit had “significantly increased the danger to the delegation and to the troops, security, and other officials supporting the trip.”

The White House said it had leaked nothing that would cause a security risk.

The political tit-for-tat between Trump and Pelosi laid bare how the government-wide crisis has devolved into an intensely pointed clash between two leaders determined to prevail. It took place as hundreds of thousands of federal workers go without pay and Washington’s routine protocols — a president’s speech to Congress, a lawmaker’s official trip — become collateral damage.

Denying military aircraft to a senior lawmaker — let alone the speaker, who is second in line to the presidency after the vice president, traveling to a combat region — is very rare.

Hammill said the speaker planned to travel to Afghanistan and Brussels to thank service members and obtain briefings on national security and intelligence “from those on the front lines.” He noted Trump had traveled to Iraq during the shutdown, which began Dec. 22, and said a Republican-led congressional trip also had taken place.

Trump’s trip to Iraq at the end of December was not disclosed in advance for security reasons.

“I think the president’s decision to disclose a trip the speaker’s making to a war zone was completely and utterly irresponsible in every way,” Schiff said.

Some Republicans expressed frustration. Sen. Lindsey Graham tweeted, “One sophomoric response does not deserve another.” He called Pelosi’s State of the Union move “very irresponsible and blatantly political” but said Trump’s reaction was “also inappropriate.”