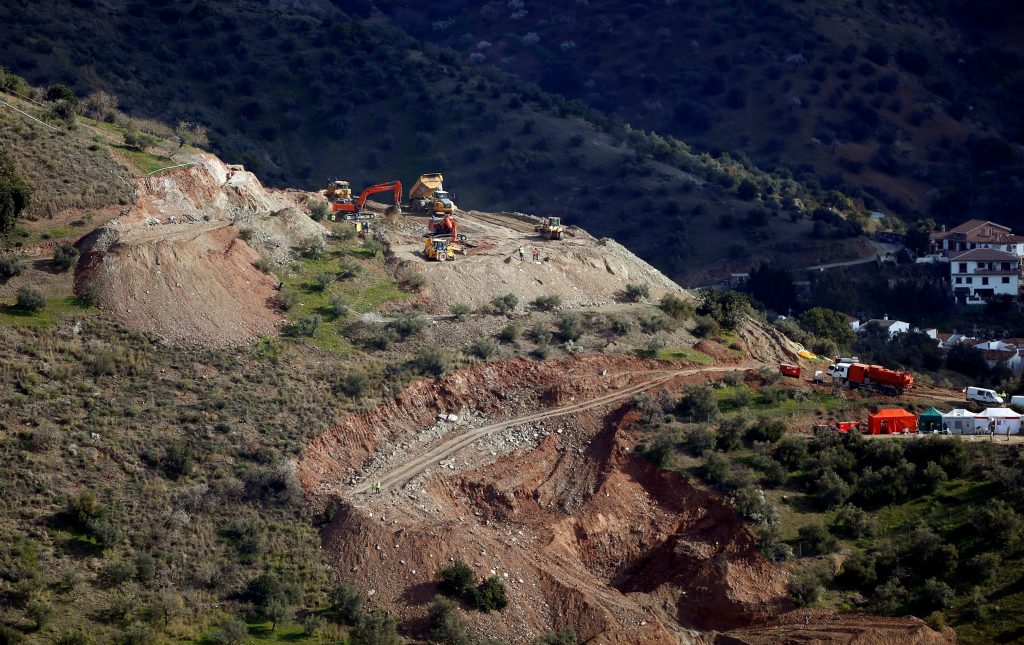 Spanish rescuers on the fourth day of a frantic race to reach a two-year-old boy trapped in a bore hole clung to the hope of finding the toddler alive despite massive setbacks in getting to the bottom of the deep and narrow cavity.

The operation to rescue Julen Rosello from the shaft has gripped Spain since he fell into it Sunday during a family meal in the countryside northeast of Málaga.

Adults can’t fit in the 360-foot-deep, 10-inch diameter hole, and machinery hit an obstruction of hardened soil and a stone about two-thirds of the way down. Rescue teams have been unable to break through without endangering the child.

María Gamez, the Spanish government’s representative in Málaga Province, vowed the search would continue until the boy is saved.

“We are not going to stop even one minute,” Gamez said. “Nobody in the rescue team is putting in doubt that we will bring him out, and we all remain confident that he will be alive.”

No vocal contact has been made with Julen. The only sign of him that search-and-rescue teams have found so far is hair that matched his DNA. Officials think he might have slid under the obstruction that’s blocking the way down.

The leading engineer in the search, Angel García, said Thursday that creating an alternative access point involved days of digging work that normally would take months and technical surveying of terrains.

García, head of the provincial civil engineers association, told reporters at the site in Totalán, that workers will dig two parallel vertical tunnels. That plan came up after a horizontal hole bored in the past 24 hours from a hillside hit heavy stone.

The digging won’t begin until at least early Friday so a platform for heavy machinery can be put in place, García said. The engineer warned the work was “extremely difficult” and could be hampered by rain that is forecast for coming days.