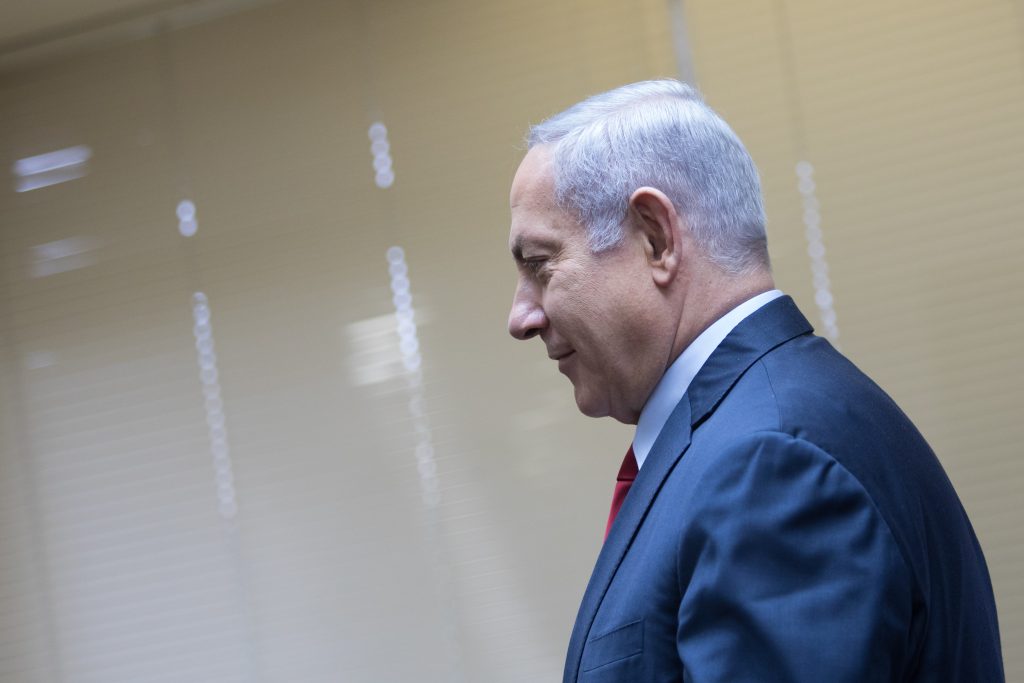 Israeli Prime Minister Binyamin Netanyahu has personally ordered a freeze on a bill to extend the election propaganda law to prevent interference in the voting process prior to the April elections, The Times of Israel reported, citing a Knesset source on Tuesday.

Currently, the law which regulates electioneering applies to print and broadcast media, but has not been updated to apply to the internet, a shortcoming which has become a focus of attention in light of the recent Shin Bet warning that a foreign power intends to meddle in the upcoming elections.

The Likud party rejected on Tuesday a request from the Central Elections Committee to support new measures to protect the electoral process by enforcing transparency, if not by legal amendment, then by an agreement with other parties. All the Israeli political parties have reportedly agreed to go along with such measures—except for Likud.

In response to a petition for an injunction on all parties running in the Knesset to cease running any ads in any media that do not say who paid for them, Central Elections Committee chairman High Court Judge Hanan Melcer proposed on Sunday that the Knesset urgently reconvene to pass a law to that effect. Melcer also asked parties to consider a suggestion for an ad hoc agreement on online transparency.

“In light of the concerns about foreign intervention, the subject of anonymous materials carries a different weight,” Melcer said.

In a reply to Melcer, Likud chief legal adviser Avi Halevy said there was no need to rush into things. “The use of the internet was very significant in the last election campaign and the parties were not required to legislate or sign a treaty with criminal implications,” he said. “

“There’s no reason to behave differently in this election, such that will violate the foundations of our government system,” he wrote. “Our stance, backed by the attorney-general, is that when there are concrete cases brought before the honorable chairman of the Central Elections Committee, each case should be examined individually and carefully… as committee chairmen have done in the past.”

The party, he said, would not accept “replacing the Knesset with any such agreement between different factions.”

Halevy did not rule out future changes to the law:

“In our opinion, the Elections Law should be amended to adapt it to the changing reality, but the authority to do so is devoted exclusively to the Knesset,” Halevy wrote. But, he added, “the need to consider in depth the proposals and their consequences means that we cannot complete the legislative work before the upcoming elections.”

Tehilla Shwartz Altshuler, an expert on technology policy at the nonpartisan Israel Democracy Institute and a co-signatory to the court petition, characterized the Likud decision to the Times as “inexplicable,” unless “they want to use these tools to manipulate voters.”

“When you have nothing to sell, all you have left is to lie. The Likud admits that they’re spreading lies and fake news. Otherwise, they would have no reason to oppose a law that requires transparency and identification behind propaganda on the internet.”